By now, you’ve probably heard of the story about the banana art exhibit that sold for an exorbitant amount of money. What you may not have heard is that this story has an incredible and very ironic ending that deserves to be heard.

The exhibit, a piece created by Italian artist Maurizio Cattelan entitled “Comedian,” was nothing more than a banana that had been duct taped to the wall. 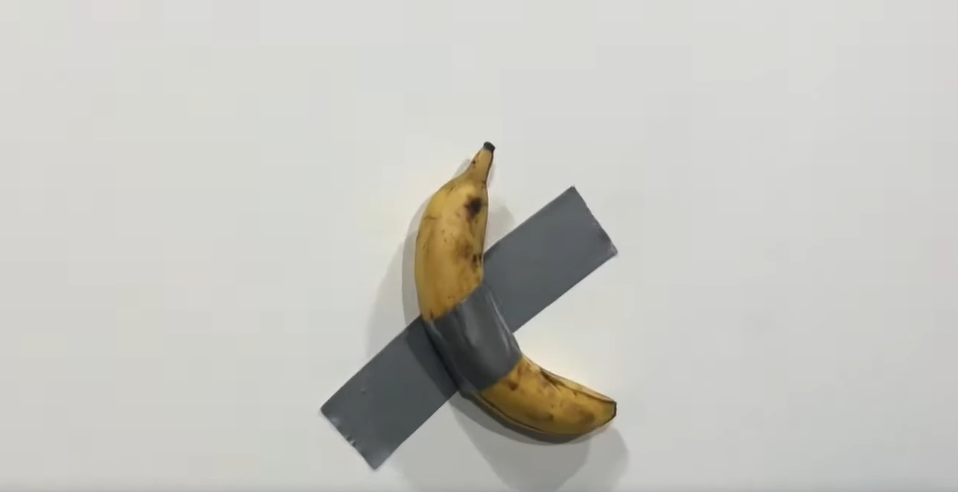 As we all know, art is very subjective and can often times be an easy way to separate the ultra-wealthy from their money.

This particular piece of produce was sold for $120,000… but the story doesn’t stop there.

According to The Daily Mail, American artist David Datuna approached the banana, took it down from its place on the wall, and proceeded to consume it.

Datuna was quickly taken away for questioning and it was announced that the banana would be replaced. It was also reported that the certificate of authenticity that accompanied the banana was actually what was worth the $120,000 price tag.

Yet even then, the story did not stop there as 46-year-old Roderick Webber became famous after using red lipstick to write “Epstein didn’t kill himself” in the empty place where the banana once hung. 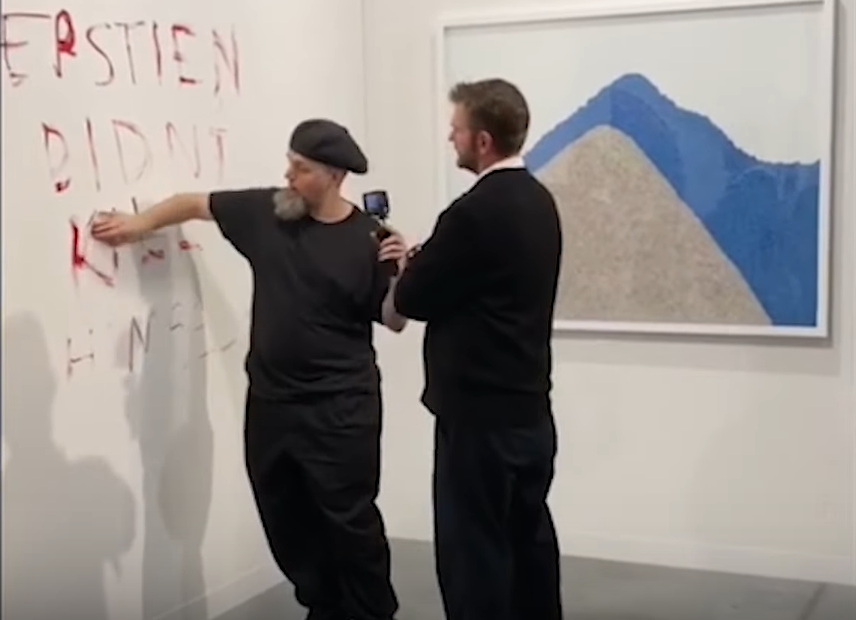 The obvious reference was to the conspiracies surrounding the suspicious death of convicted sex-offender Jeffery Epstein. Just weeks after being taken off of suicide watch, Epstein was found dead in his cell with the initial reporting being that he had hung himself.

However, the cameras that should have been working were out of order, the guards who were supposed to be checking up on him were both asleep on duty as well as shopping online, and the cellmate that should have been with him, according to protocol, had been removed. So much circumstantial evidence, along with the running joke that those who have dirt on the Clintons wind up dead (we are not alleging that there is a Clinton hit list or a Clinton body count, only that there is the existence of a wide-spread belief among Clinton critics that one does exist), compounded into a scandal in which it seemed the simplest solution was that Epstein didn’t kill himself.

If Epstein was killed, it seems evident that the security guards on duty would have been complicit in the attack and, indeed, prosecutors have filed six counts against the two guards tied to falsifying prison records.

Webber, the vandal who scrawled the “Epstein didn’t kill himself” message, was arrested, but the story ends on an amazingly ironic twist.

Security guards rushed in with what looks like a large piece of whit paper to hide the message “Epstein didn’t kill himself.” 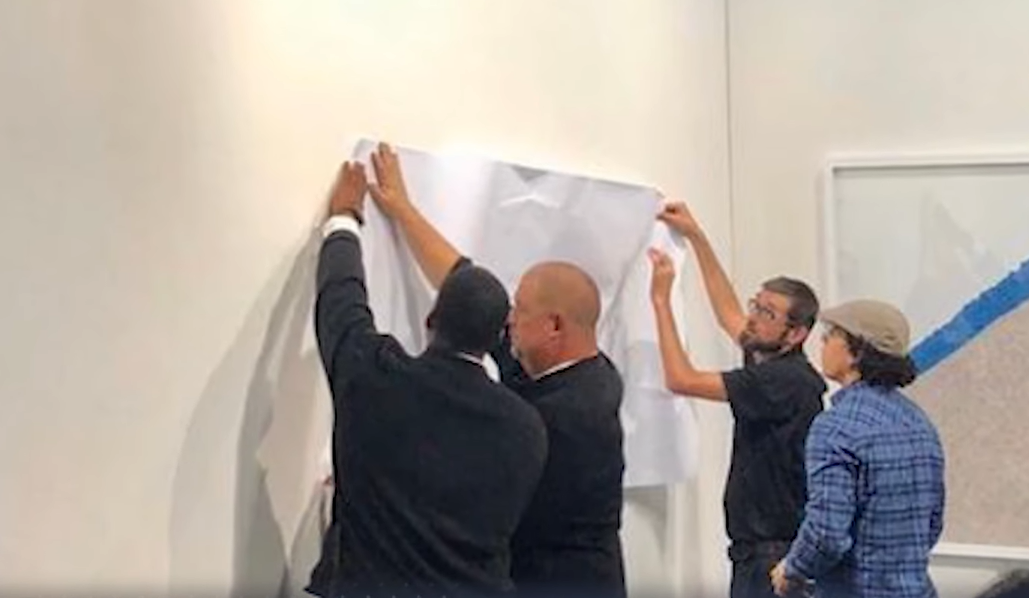