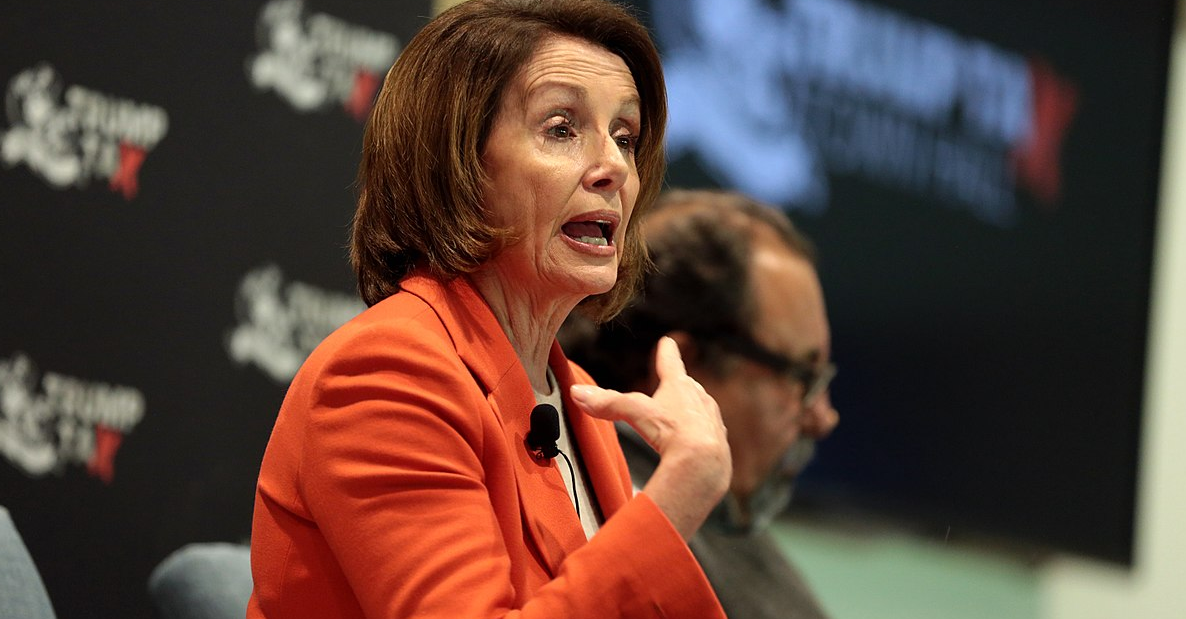 Rep. Doug Collins (R-GA) has introduced a bill that would remove House Speaker Nancy Pelosi (D-CA) from her position as Speaker based on the suggestion that she is mentally unfit to hold office.

“It’s clear that Nancy Pelosi does not have the mental fitness to serve as Speaker of the House of Representatives. I’m introducing a resolution to push for her removal.”

“Nancy Pelosi’s unwillingness to abide by the Constitution, combined with her recent actions, call into question her mental fitness.”

According to the bill, there are multiple categories used as evidence to suggest Pelosi’s unfitness for her office. The bill points out that Pelosi has devoted most of her time in office pushing for fruitless investigations against President Trump.

“Whereas under the reign of Speaker Nancy Pelosi, the House of Representatives has passed hundreds fewer bills than it passed in the 115th Congress, with the majority of its attention being turned to committee hearings investigating the President and his aides.”

The bill goes on to criticize Pelosi for the hyper-partisan impeachment efforts that did not afford the president due process under the law.

“Whereas Speaker Nancy Pelosi permitted several House committees to embark on a fishing expedition in hopes she could justify her efforts to impeach President Trump, only to push through baseless articles of impeachment, impeaching President Trump on December 18, 2019.”

The bill also mentions Pelosi’s petty ripping up of Trump’s speech immediately following the State of the Union Address and points out that Pelosi ignored her own Coronavirus guidelines when she visited a shuttered hair salon to get her hair done.

When called out about the hypocrisy of her visit to the salon, Pelosi blamed the hair salon, claiming that the establishment had ‘set her up.’

The bill then brings up the fact that there are only two ways to remove a president from office; either through impeachment or through the 25th Amendment that allows for the removal of the president due to being mentally unfit for office. The Speaker of the House is the third in line to be president during the line of succession.

“Whereas Speaker Nancy Pelosi’s unwillingness to abide by the Constitution and her recent actions that call into question her own mental fitness to continue serving as Speaker of the House demand her removal from the line of succession.”

Pelosi was first elected to Congress in the 80’s.