California is continuing to proudly thumb its nose at immigration laws, and the latest example of this is the appointment of an illegal alien to an official state position.

Mateo, now 33, was smuggled into the United States, illegally, when she was 14-years old. She is not protected by Barack Obama’s DACA executive order.

Though not legally allowed to be in the country, she has obtained her law degree and has become an outspoken activist for illegal immigrant rights.

“I hope this is just the beginning of more undocumented people having access to places we’re usually not accepted into.”

De León’s chief of staff,  Dan Reeves, told the Sacramento Bee that Mateo is eligible for the appointment, despite her illegal status, because of the fact that the appointment is an advisory role. The distinction is critical because, according to Reeves, advisory role appointments, “are not delegated with the authority to perform the sovereign functions and duties of the state, such as adopting regulations, or collecting or allocating state funds.”

Mateo is not the first illegal immigrant to be appointed for a state position. In 2016, Governor Jerry Brown appointed Jorge Reyes Salinas to the California State University board of trustees as a student trustee. Whereas Salinas had DACA protection at the time of his appointment, Mateo did not.

Breitbart has uncovered a 2016 social media post belonging to Mateo in which she is celebrating her graduation from an American university. Her post, which was written in Spanish, was dedicated to the country of Mexico,

“[E]verything is dedicated to Oaxaca, Mexico!! to that land that I miss so much.”

Since her appointment, that social media page has been made private.

However, Mateo’s Twitter account has remained active, and she has made more than a few remarks to concerned legal immigrants and American citizens that could only be described as snarky gloating. One user, for example, Tweeted Mateo with,

“I and hundreds of thousands of Californians are fleeing. Who will pay the taxes to support the corruption all over the state? Not me!”

“Sad to lose you and the other hundreds of thousands fleeing. I’m sure we’ll manage though.”

Included with her Tweet, was a GIF of smiling pop-singer Rihanna waving goodbye. 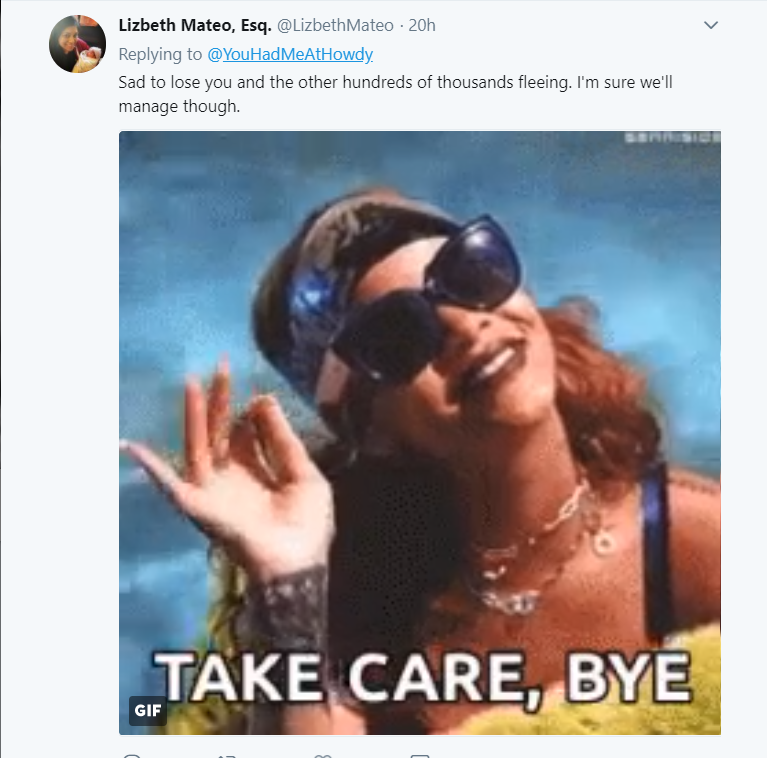 With California’s illegal alien population growing by the day, and the Democrats persistence in trying to make them full fledged citizens without having to go through the legal process, the big question is how will this effect the future of the United States?

If California refuses to abide by the laws of the United States, is it possible that we one day see the state secede?