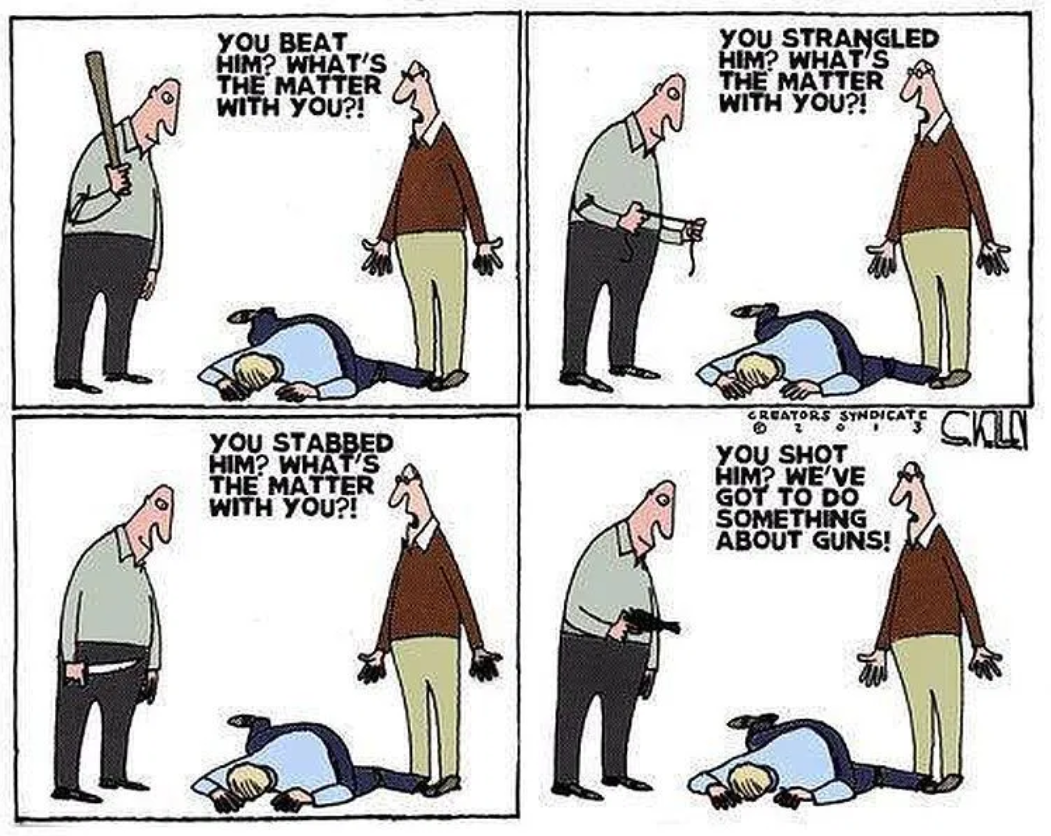 This is literally how the Left sees the world, and their logic. There are a couple things wrong with this line of thinking, and we will address them one at a time.

First, is the problem. The problem that the Left sees is that guns are too readily available to the average citizen. Dozens of mass shootings over the years, from Columbine to Orlando to Las Vegas, have shown that there are just too many guns.

In fact, White House Press Secretary for the Obama administration, Josh Earnest, called it a travesty:

“In some cases these are individuals who believe that they need to buy a gun so that they can better protect themselves,” he said. “In some cases, because it’s Black Friday, they are probably going and purchasing a gift for a friend or a loved one who is a gun enthusiast. I’m just pointing out that there are already an astonishing number of guns on the streets of America and far too many innocent Americans who are being killed by them.”

The number of guns “on the streets” is a straw-man argument that takes the responsibility away from the shooter, and places it directly on the gun-manufacturer.

Why did Syed Rizwan Farook and Tashfeen Malik open fire on a group of innocent civilians who were having a holiday party?

Why did Omar Mateen open fire on innocents at an Orlando nightclub?

Why did a Bernie Sanders supporter open fire on a baseball practice attended solely by Republicans?

Why did a white supremacist open fire at an El Paso Walmart?

If you ask the Left, it is because they had access to the guns, and it had nothing to do with their radicalized ideologies.

There is something wrong with the thought-process of those who participate in mass-shootings. Whether it’s because they subscribe to a perverted version of a major religion, whether it’s because they radicalize themselves by only listening to fake news hoaxes that an American president is working for a foreign government or that his actions are literally destroying the planet, that they are blatant racists, or that they are intolerant of a political party, it’s their thoughts and ideas that make these people dangerous. It has nothing to do with the number of guns on the street.

It’s time we start blaming the shooters and stop blaming the inalienable rights of the American people that shall not be infringed.

The Second Amendment is crystal clear when it says the right for the people to keep and bear arms shall not be infringed. There was no ambiguity about it.

It doesn’t matter if the people want to use their personal firearms for personal-protection or for hunting, the Founding Fathers made it clear that this is one self-evident and inalienable right that the federal government cannot limit. 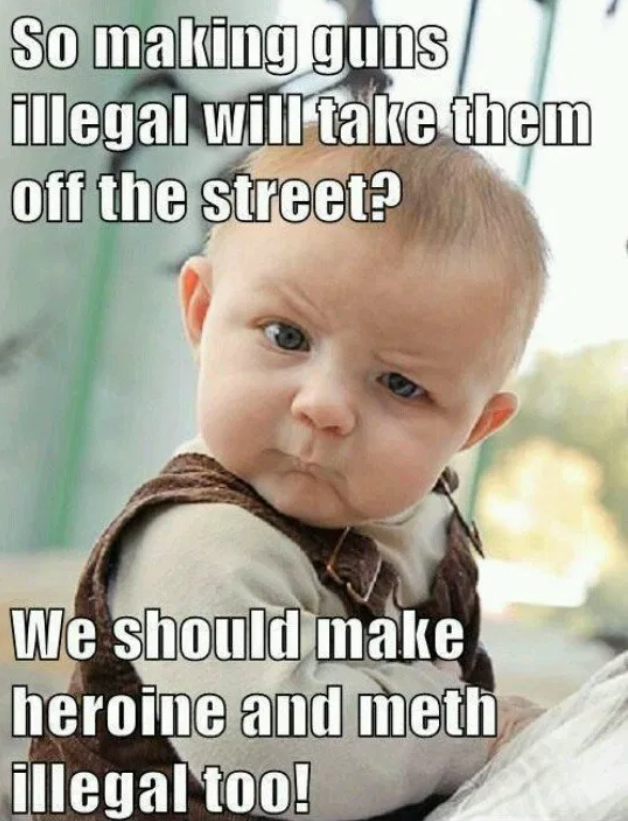