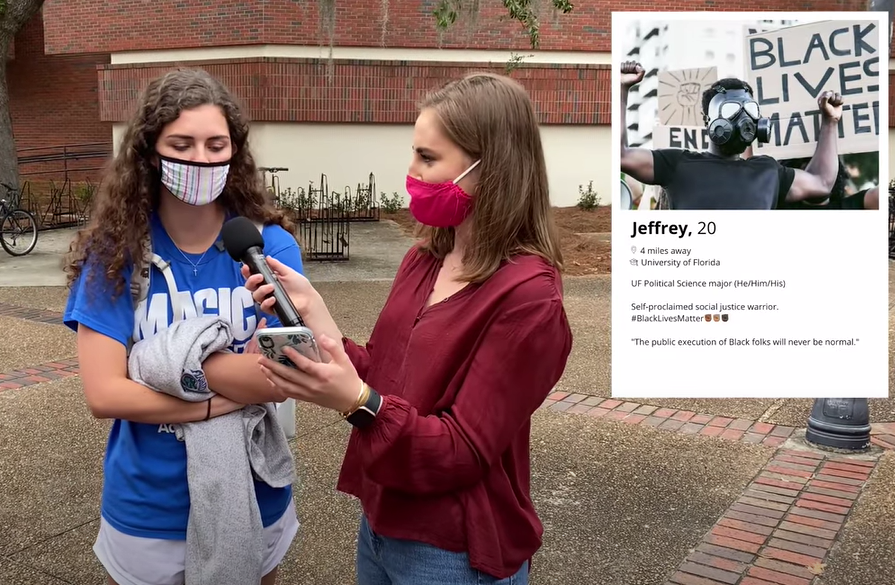 Campus Reform reporter Ophelie Jacobson took a trip to the University of Florida to ask students what they thought about dating someone with potentially strong political beliefs.

To do this, she set up several fake Tinder profiles and asked students whether they would swipe left or right.

For those not in the know, Tinder is just an app that can be used on the phone and is used to meet other adults in the area who are looking date. The basic concept is to go through the profiles of those within a certain distance and swipe left or right depending on how interesting the user is in learning more about them.

The user then has the ability to message those people that they are interested in based on their profiles.

As expected, most of the college students voiced strong concerns over getting involved with someone who holds a differing political point of view.

What was absolutely comical in this segment is that there were a few girls who were alarmed over seeing a professional looking Trump supporter wearing a suit and tie while expressing interest in one self-identified Biden supporter whose profile picture looks like he is in the middle of a drunken Spring Break while another self-identified Biden supporter is wearing a gas mask and holding two fists in what looks like a “mostly peaceful” Black Lives Matter Rally.

Take a look at the video below: