A conservative YouTuber known as Mr. Reagan has published a video explaining the rise of the Democratic Socialist Millennial from New York who made headlines in 2018 when she beat the long odds and defeated incumbent Joe Crowly. After that, Alexandria Ocasio-Cortez’ (AOC) pathway to the House of Representatives was almost assured as the district heavily supported Democrat politicians. At 29, she became the youngest woman to serve in Congress and the source of heavy media attention and alternative media scrutiny.

Since then, people across the country have been scratching their heads as they listen to her make one unintelligent claim after another.

From claiming that the unemployment rate was so low because people were working two to three jobs to her claim that Pentagon accounting errors would cover 66% of the cost of Medicare for all, AOC is clearly someone who plays fast and loose with the truth.

Some could not believe her lack of a understanding of basic economic principles given that she holds an economics degree from Boston University. They dismissed her as somewhat daft. There’s a slew of AOC memes out there that attack her intelligence. 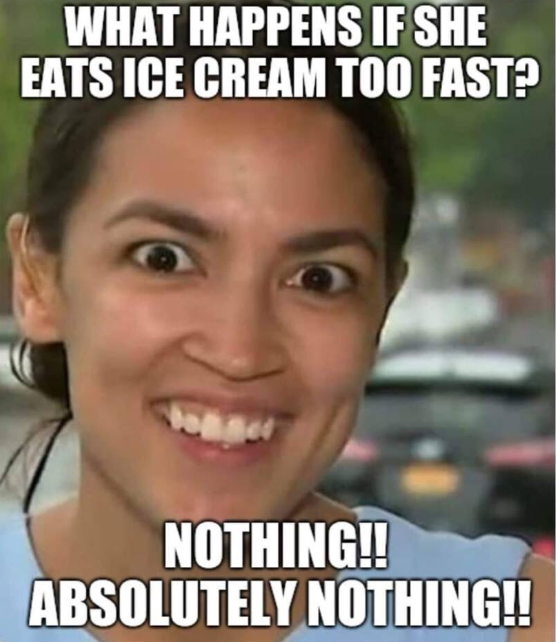 Others suspected that she was just a socialist who had been completely indoctrinated with Leftist talking points without ever having really given any critical thought to her beliefs. 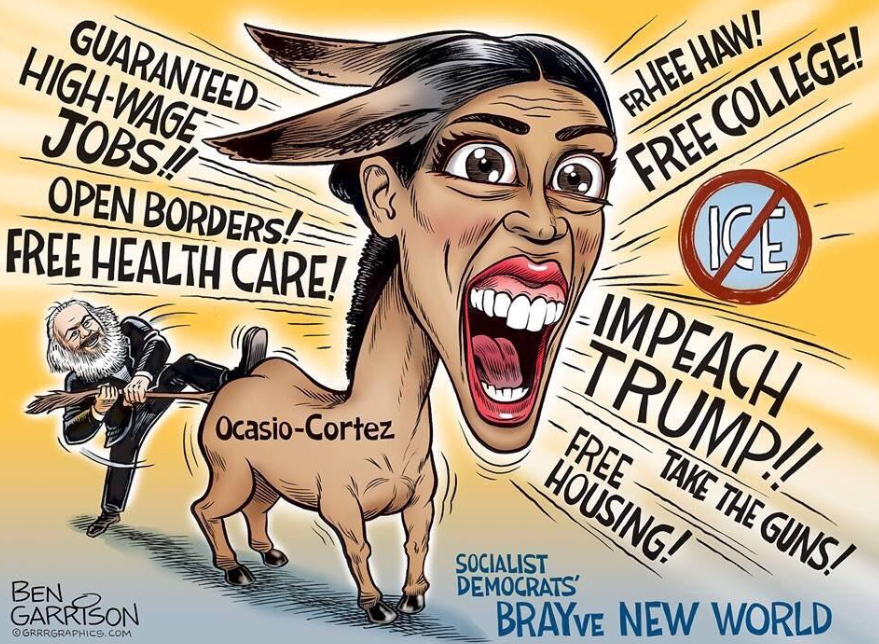 One shocking example of the idea that she was just repeating talking points occurred when a journalist actually asked a followup question about AOC’s belief that Israel is an occupying state of Palestine. AOC was asked to articulate her position and her eyes seemed to glaze over because she realized that she couldn’t. She had been told that Palestine was an occupied state, but never really seemed to have looked into whether or not that statement was true or not.

Again, she seemed like a radicalized Leftist who simply could not think for herself, but had a head full of talking points that she could say with the confidence of Bill Clinton’s infamous, “I did not have sexual relations with that woman…”

These two theories, then, that she was either a political idiot or an indoctrinated radical, did not explain how she defeated incumbent Joe Crowly. Those who win the coveted congressional seats of the United States tend to either be politically savvy themselves or have the backing of a powerful and influential organization. It always seemed like there was something more to this picture than a fresh face and cutsie expressions like, “Tippy top.”

Enter Mr. Reagan and his video, “The Brains Behind AOC Alexandria Ocasio-Cortez.”

Alternative media has been a great source of conservative minds who are willing and able to articulate their opinions and sometimes these minds turn out to be intellectual powerhouses.

Mr. Reagan has a theory about AOC, and it begins with the idea that her decision to run for political office was not even made by her. She was picked out of a casting call of more than 10,000 people after her brother submitted her name as an entrant. The group behind this casting call is on video bragging about the selection process of AOC and the past talking points of their prominent members have become the current talking points of AOC today.

This video attempts to explain how she went from a bartender slinging drinks in New York to running a successful congressional campaign.

It explains where she gets her radical Leftist talking points and the reason why she cannot articulate them further when confronted.

This is a compelling argument and needs to be shared everywhere because, as is explained in the video below, AOC might not be the last we see of the Left’s “puppet politicians.”