The illegal alien, who was acquitted of murder in the case of San Francisco’s Kate Steinle, is going after the Trump administration for what his lawyers have referred to as “vindictive prosecution.”

José Inez García Zárate is a Mexican national who had been deported as many as five times. He was charged with the 2015 murder of 32-year-old Kate Steinle.

According to a jailhouse interview, García Zárate said that he had been under the influence of sleeping pills, which he claims to have found inside a dumpster. The gun used in the killing belonged to a Bureau of Land Management employee who stated that the gun had been beneath a backpack in the front seat of his car. Somebody had broken the car’s window and stolen the firearm. During the trial, García Zárate claimed that he “found” the gun lying beneath a bench, and that it simply went off when he picked it up.

Katie Steinle was struck in the back by a ricocheting bullet as she was walking along a San Francisco pier with her father. Despite the attempts to save her life, she died 2 hours later.

García Zárate became a poster child for the sanctuary city debate as he had been, prior to the shooting, detained by the San Francisco authorities on an unrelated drug possession charge. Federal law mandates that local and state officials notify ICE when they apprehend a suspect who is a potential illegal immigrant.

Instead, San Francisco released the illegal immigrant, allowing him to “find” the stolen gun that “accidentally” went off as he picked it up. The logic being that if San Francisco had cooperated with federal laws and federal immigration enforcement efforts, rather than working to protect illegal aliens, a 32-year-old American citizen would still be alive today.

In November of 2017, García Zárate was acquitted of the murder charges that were laid against him, but he was convicted for being a felon in possession of a firearm. The Mexican national was sentenced to 3 years, but was subsequently released for time already served.

After the verdict, the federal government announced that García Zárate would be tried in federal court on “appropriate charges.” 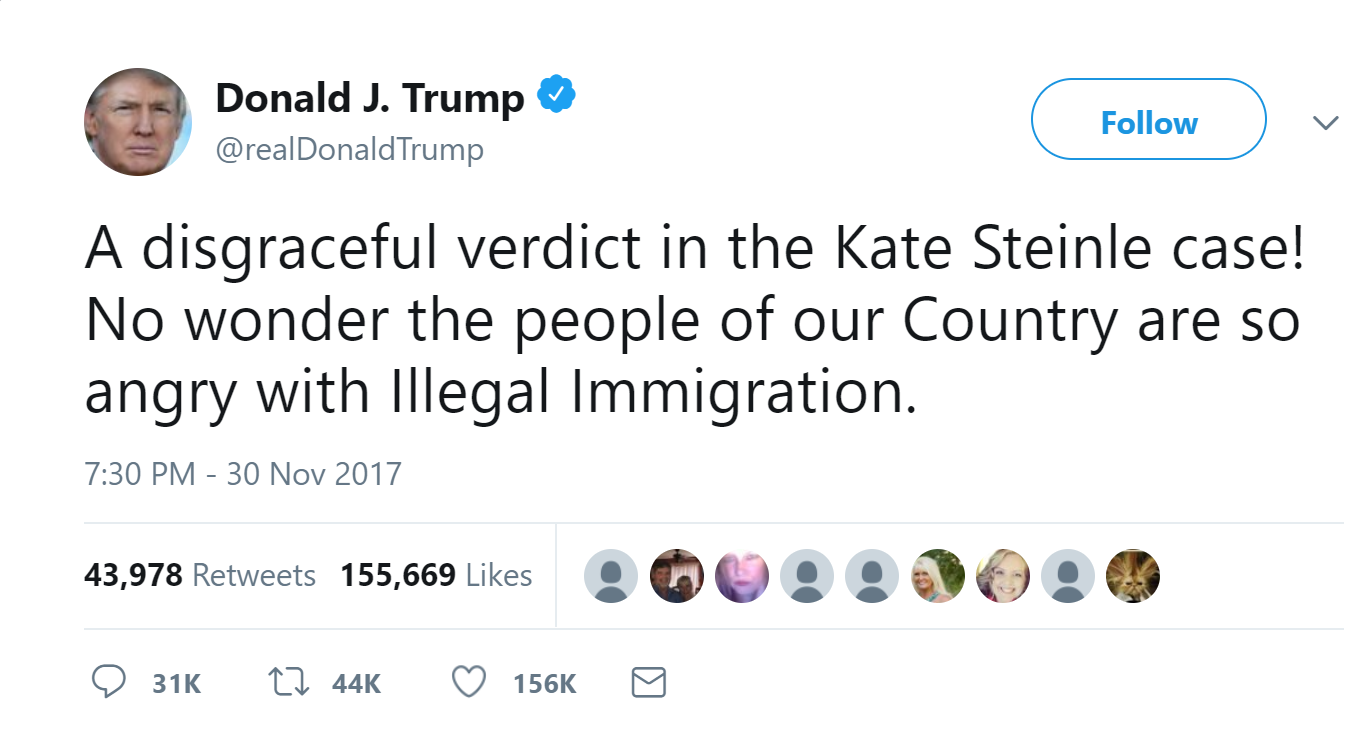 García Zárate’s attorney, Tony Serra, filed a motion that accuses the federal government of violating the laws protecting against Double Jeopardy and of essentially using his client to advance a political agenda. According to the Washington Times, a portion of the motion reads,

“The true federal interest in pursuing this prosecution is to punish and make an example out of Mr. Garcia-Zarate for his high-profile acquittal in state court. This prosecution seeks to demonstrate to any high-profile defendant, especially one that is an undocumented immigrant, that their successful exercise of due process rights will not be respected and will result in the heavy hammer of a federal prosecution.”

If García Zárate wins his case against the federal government, the illegal alien may be entitled to punitive damages. What do you think about this situation?