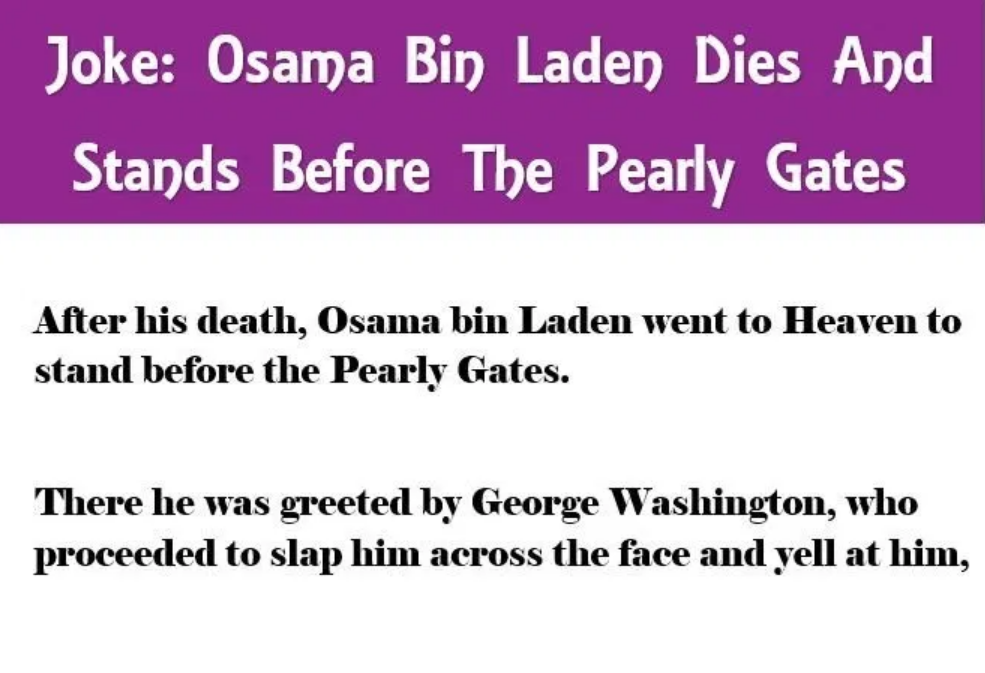 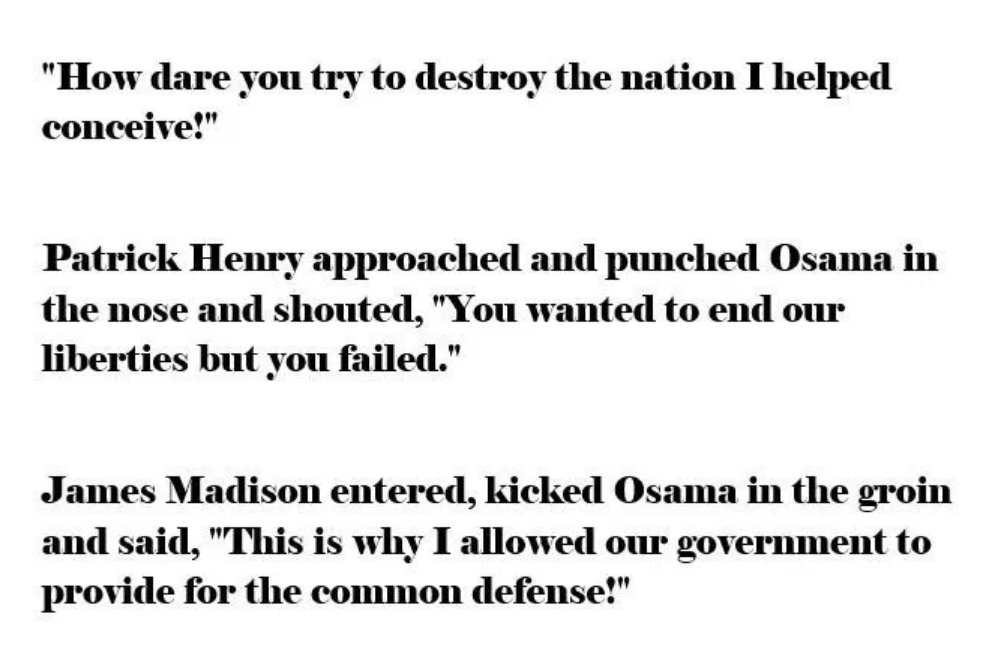 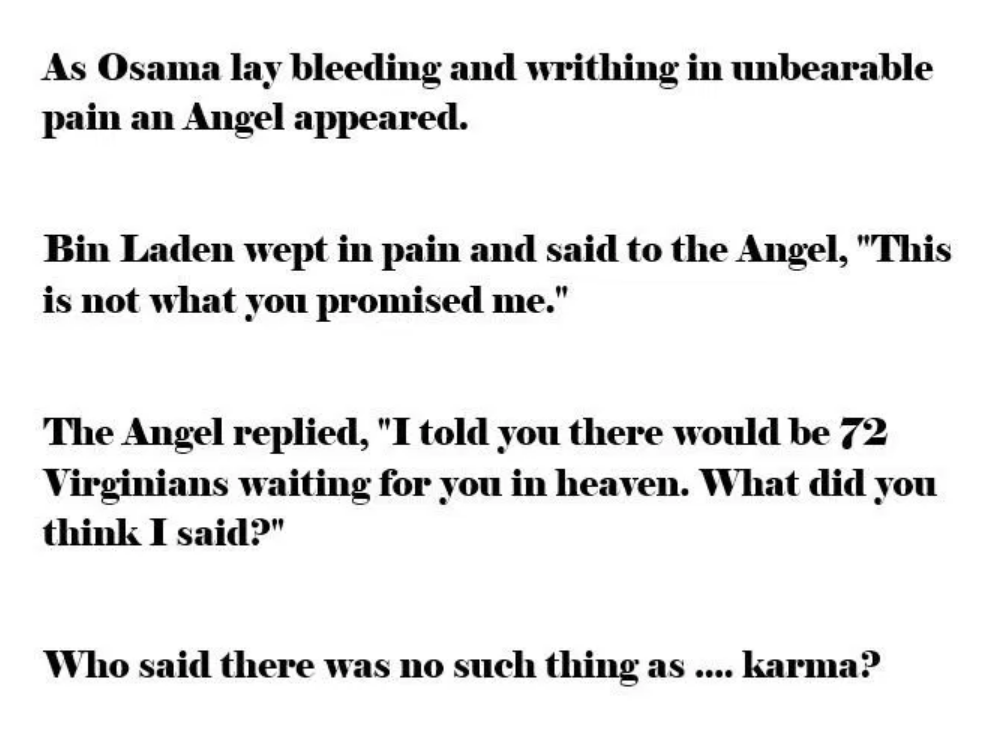 Before you fire off an angry email to the US Chronicle editorial department, about the fact that the joke mentions Osama Bin Laden standing before the gates of Heaven, we should point out that the above is just a joke and not to be taken seriously.

Given that Bin Laden was the mastermind behind the deaths of 3,000 innocent Americans, it stands to reason that he did not get to spend an eternity in paradise after he was dispatched by Seal Team Six.

In fact, if there is a such thing as karma in the universe, Bin Laden is currently dealing with a very dry heat.