For those who are not football fans, you may not know who John Madden was.

Madden was an NFL coach, and after coaching, spent 30 years broadcasting NFL games. He’s a legend.

One of the things that made him the most entertaining broadcasters in the business was his constant situations in which he would state the obvious.

Madden would be the guy who would announce that a team needs to get the ball down the field in order to win the game.

The following are the best, silliest John Madden quotes of all time. Even if you don’t like football, you might still get a kick out of them: 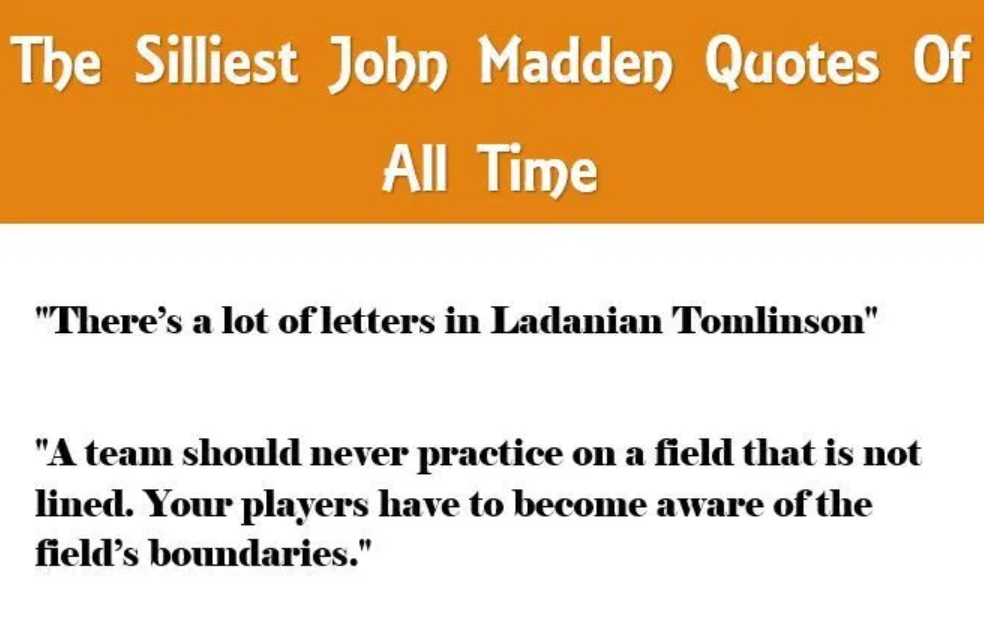 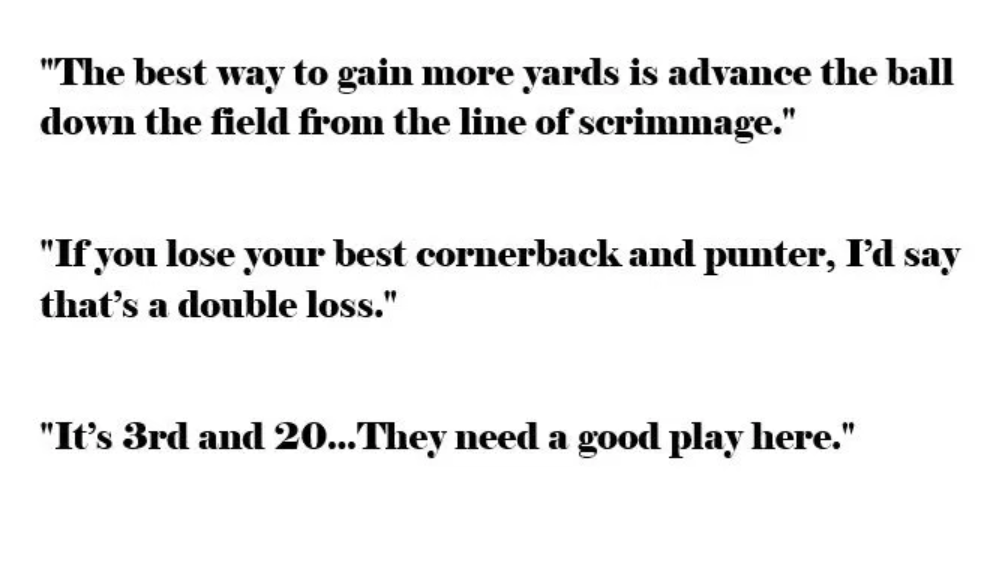 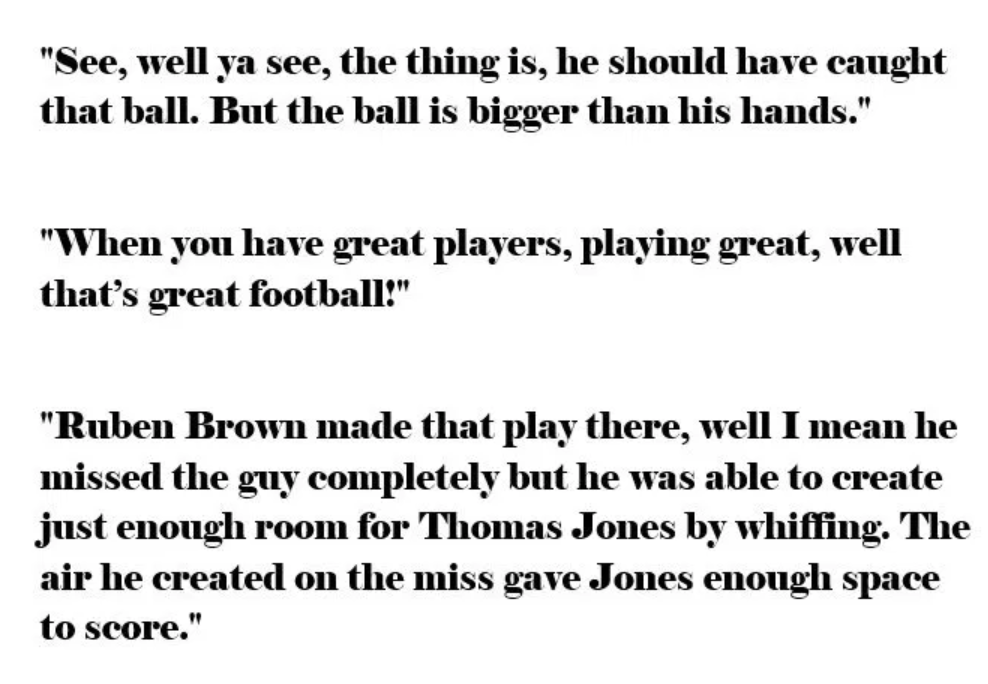 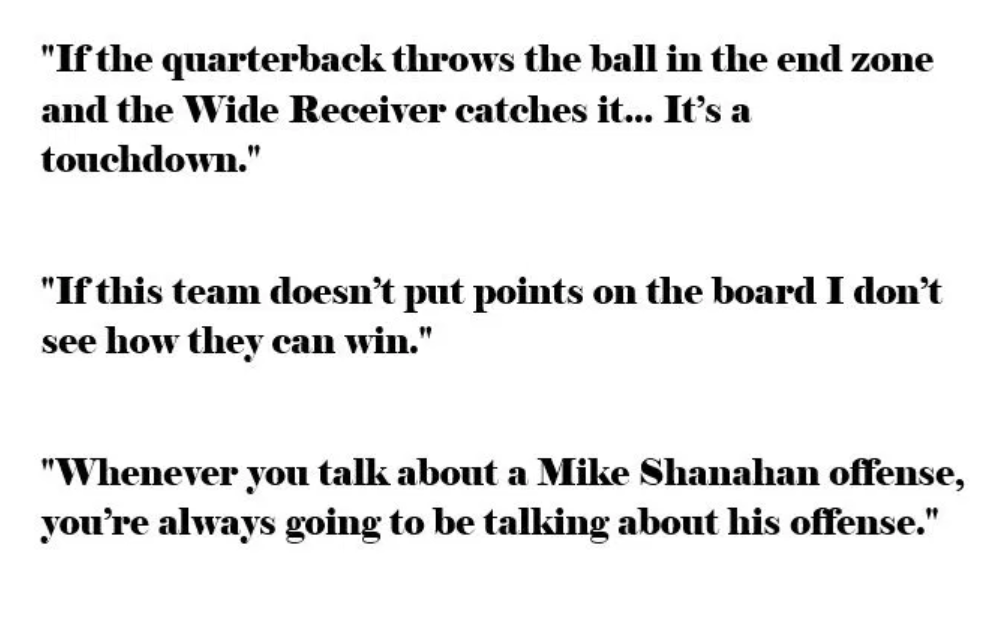 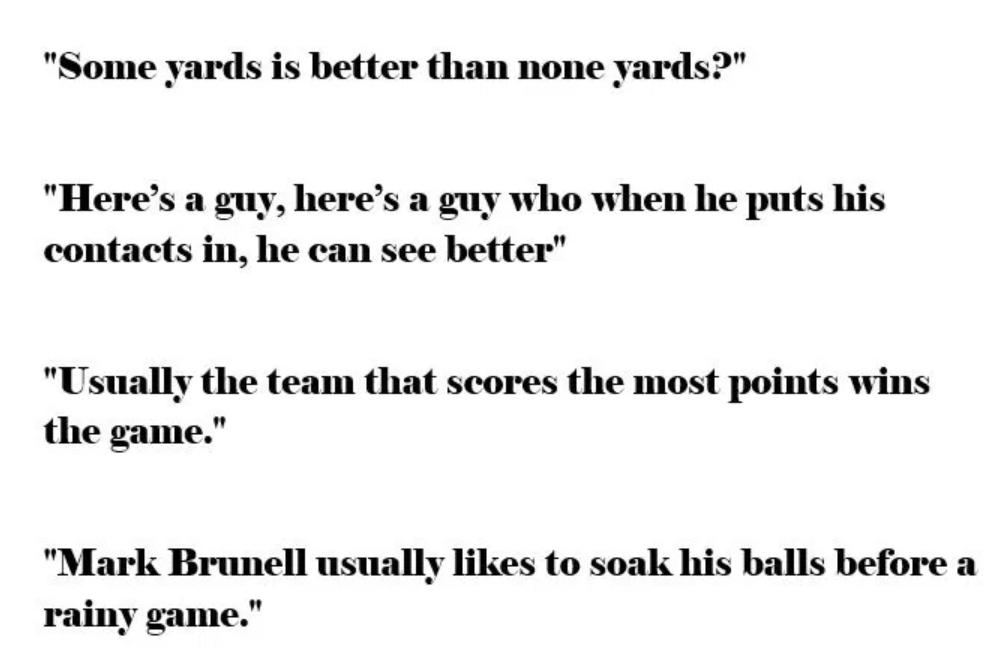 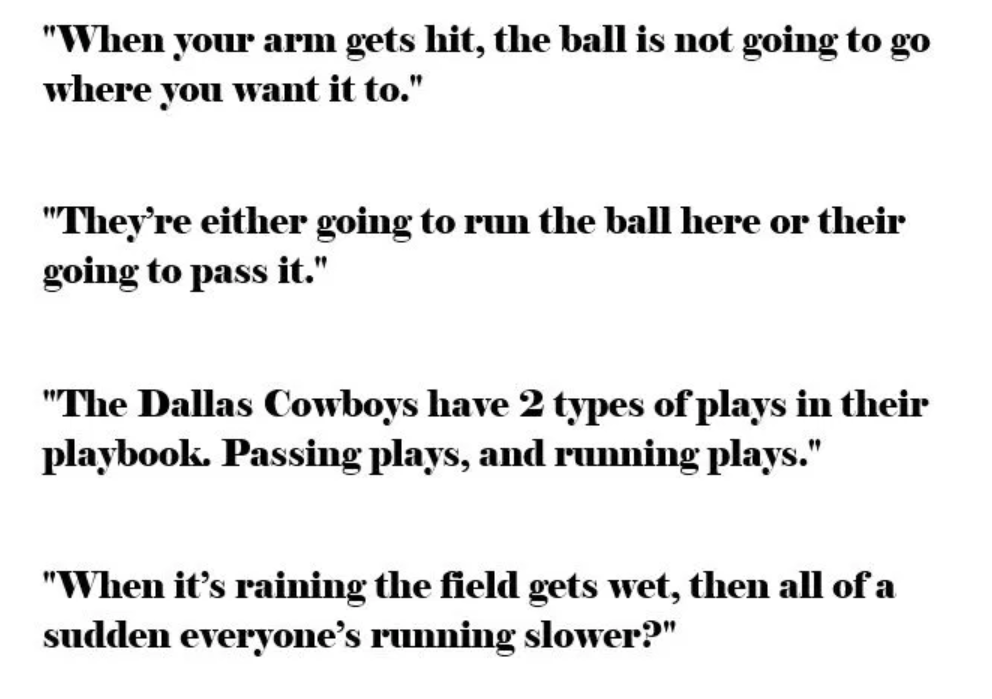