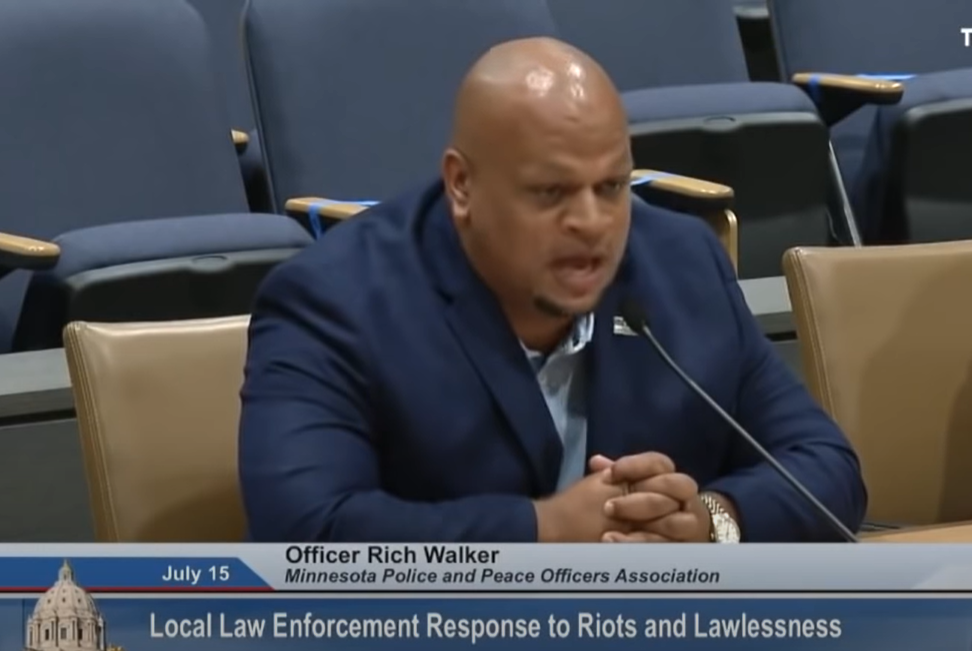 “We are put in a position right now where every Minneapolis cop feels that they’re the next incident. They are scared to death to answer calls in case something turns violent. Because they are actively trying to send us to prison,” Walker said, “Cops are scared of dying and they are scared of going to prison.”

“Our morale has never been lower,” Walker said, “I think it speaks volumes for the cops who still come to this city everyday and still put it all on the line everyday.”

Ron Meuser, a Minneapolis attorney, told Minneapolis’ CBS affiliate over 150 officers have started the process to file disability claims following protests over the death of George Floyd, most saying they are suffering from Post Traumatic Stress Disorder (PTSD).

“We need help from each and every one of you senators at this capital to fight for us because our city leaders are not, our council is not. The hatred they have towards our department has never been more evident,” Walker said.

The Minneapolis City Council voted unanimously to abolish its police department in June, according to ABC News, following the death of George Floyd who died in police custody after an officer knelt on his neck for nearly 9 minutes. The final decision will be made by city voters in November.

“This will be in a city near you, this will be the department that you guys represent, the city that you represent. Right now it’s in Minneapolis but it’s spreading and something needs to be done,” Walker said.