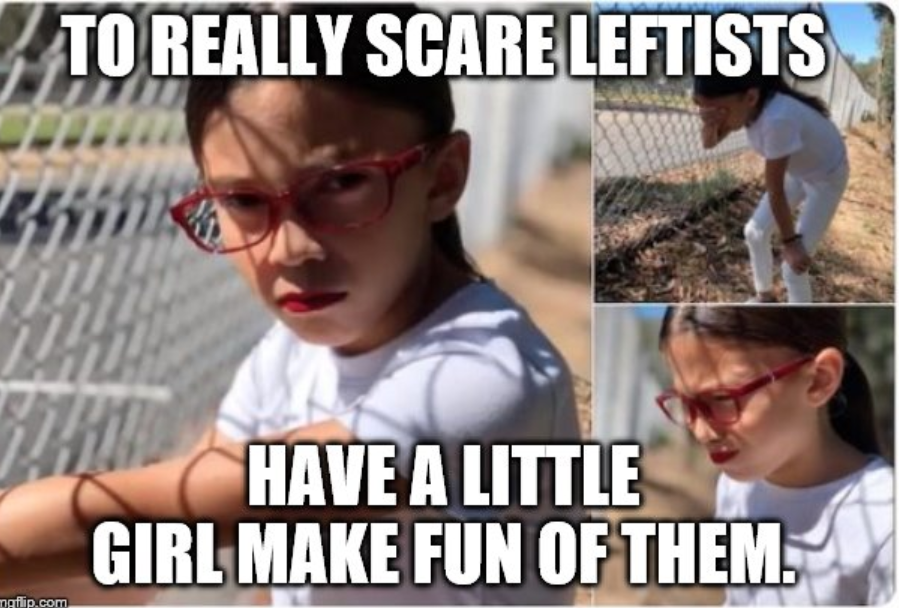 8-year-old Ava Martinez, otherwise known as “Mini-AOC,” will no longer be dressing up as and poking fun of Congresswoman Alexandria Ocasio-Cortez (D-NY) after the family stated that the little girl had been doxxed and that the family had received multiple death threats.

Martinez skyrocketed to famedom after publishing a video in which the small child donned AOC’s hairstyle, thick-framed glasses, and bright red lipstick to mock AOC’s Green New Deal as well as the congresswoman’s intelligence.

The video was hilarious and the little girl was adorable. Many on social media commented that Ava had portrayed AOC better than AOC could have portrayed herself.

After the success of the first video, Team Martinez released a second video in which Ava pretended that her parents were brainwashing her and forcing her to say the things in the videos. The video was obviously mocking those who were critical of Ava’s parents, calling the spoofs a form of child abuse or indoctrination.

The third video featured Mini AOC driving around a residential street in her environmentally friendly electric car. She warns of the climate change that she saw during a documentary called “Ice Age: The Meltdown.”

Little Ava continued to gain popularity and fame and even appeared on the Fox Business Network with Stuart Varney:

However, as has been pointed out time and time again, the Left does not have a sense of humor. At least when it comes to making fun of themselves.

All of this is to say that there are many, many examples of the Left’s brand of humor being nothing more than violence-promoting or hate-filled insults that are not clever and are filled with venom. There is no attempt to make people laugh in the Left’s comedy, only hatred.

It would stand to reason, then, that they are completely unable to accept a clean-cut skit of a little girl mocking a congresswoman by imitating and exaggerating her mannerisms and statements.

Ava’s father took to Twitter to release the following statement: 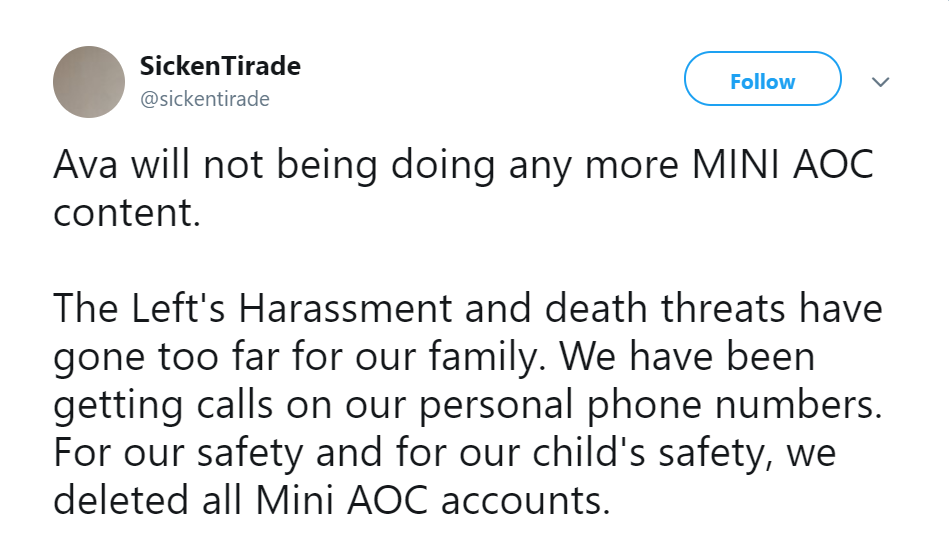