Recently, a student complained about a sermon that made him feel guilty and blamed the school for making students feel uncomfortable.

This is not uncommon.

Many universities now are so afraid of offending even one student, that political correctness has run amuck. 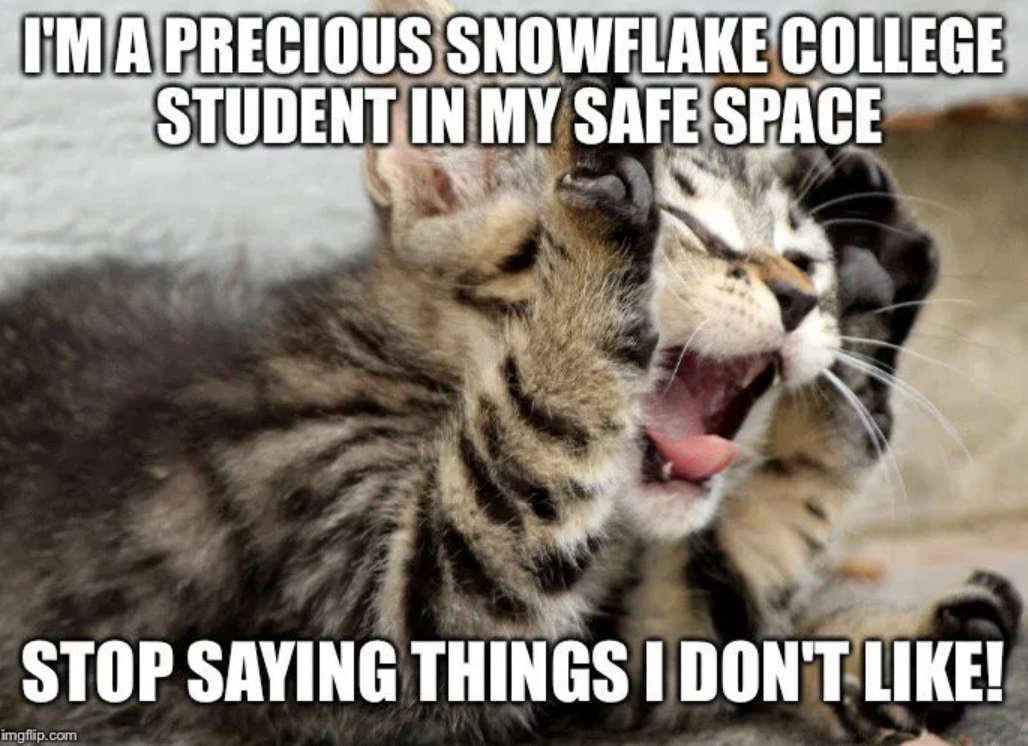 However, this University is based on religion and so one would expect that discipline, good character and personal accountability would be a big part of the curriculum.

Everett Piper, who is the President of the school, wrote a letter to the students admonishing them that playing the victim, blaming others and not admitting mistakes is not a way to live a productive and meaningful life.  Here is the letter titled “This is Not a Day Care. It’s a University!”

This is Not a Day Care. It’s a University!

This past week, I actually had a student come forward after a university chapel service and complain because he felt “victimized” by a sermon on the topic of 1 Corinthians 13. It appears this young scholar felt offended because a homily on love made him feel bad for not showing love. In his mind, the speaker was wrong for making him, and his peers, feel uncomfortable.

I’m not making this up. Our culture has actually taught our kids to be this self-absorbed and narcissistic. Any time their feelings are hurt, they are the victims. Anyone who dares challenge them and, thus, makes them “feel bad” about themselves, is a “hater,” a “bigot,” an “oppressor,” and a “victimizer.”

I have a message for this young man and all others who care to listen. That feeling of discomfort you have after listening to a sermon is called a conscience. An altar call is supposed to make you feel bad. It is supposed to make you feel guilty. The goal of many a good sermon is to get you to confess your sins—not coddle you in your selfishness. The primary objective of the Church and the Christian faith is your confession, not your self-actualization.

So here’s my advice:

If you want the chaplain to tell you you’re a victim rather than tell you that you need virtue, this may not be the university you’re looking for. If you want to complain about a sermon that makes you feel less than loving for not showing love, this might be the wrong place.

If you’re more interested in playing the “hater” card than you are in confessing your own hate; if you want to arrogantly lecture, rather than humbly learn; if you don’t want to feel guilt in your soul when you are guilty of sin; if you want to be enabled rather than confronted, there are many universities across the land (in Missouri and elsewhere) that will give you exactly what you want, but Oklahoma Wesleyan isn’t one of them.

At OKWU, we teach you to be selfless rather than self-centered. We are more interested in you practicing personal forgiveness than political revenge. We want you to model interpersonal reconciliation rather than foment personal conflict. We believe the content of your character is more important than the color of your skin. We don’t believe that you have been victimized every time you feel guilty and we don’t issue “trigger warnings” before altar calls.

Oklahoma Wesleyan is not a “safe place”, but rather, a place to learn: to learn that life isn’t about you, but about others; that the bad feeling you have while listening to a sermon is called guilt; that the way to address it is to repent of everything that’s wrong with you rather than blame others for everything that’s wrong with them. This is a place where you will quickly learn that you need to grow up.

This is not a day care. This is a university.

All you have to do is look around at the expensive phones, video games, clothes, computers and anything else high tech to see how spoiled kids are.  Just because parents have the money to purchase anything their child’s heart desires, does not mean they should give it to them.  A child may want to play with a sharp knife from the kitchen but despite their crying, you aren’t going to let them have it.  You know they will hurt themselves.

All these expensive things they want may seem harmless now.  But wait until they get older and want bigger and more expensive things.  Things the parents can’t afford or will go into massive debt to buy.  The child who has now grown into a young adult is befuddled that the world is not a receptacle for anything they want.

What some parents don’t understand is it’s not that the gift is wrong or bad (although sometimes it is), it’s the lesson of teaching them something valuable.  That life is not always fair.  You don’t always get what you want.  And most of the time, you need to work for what you want.

Work in itself teaches us teamwork, verbal and written communication skills, being responsible, following rules and knowing how to behave in different environments.  It also motivates us to purchase meaningful things like a car, insurance, a home, or raise a family.

Parents need to remember that they will not always be there to catch their children when they stumble and fall.  It is great to be encouraging but they also need to learn to pick themselves up and keep going.  However will a child find their dreams if there is always someone there to prevent them from learning the lessons.