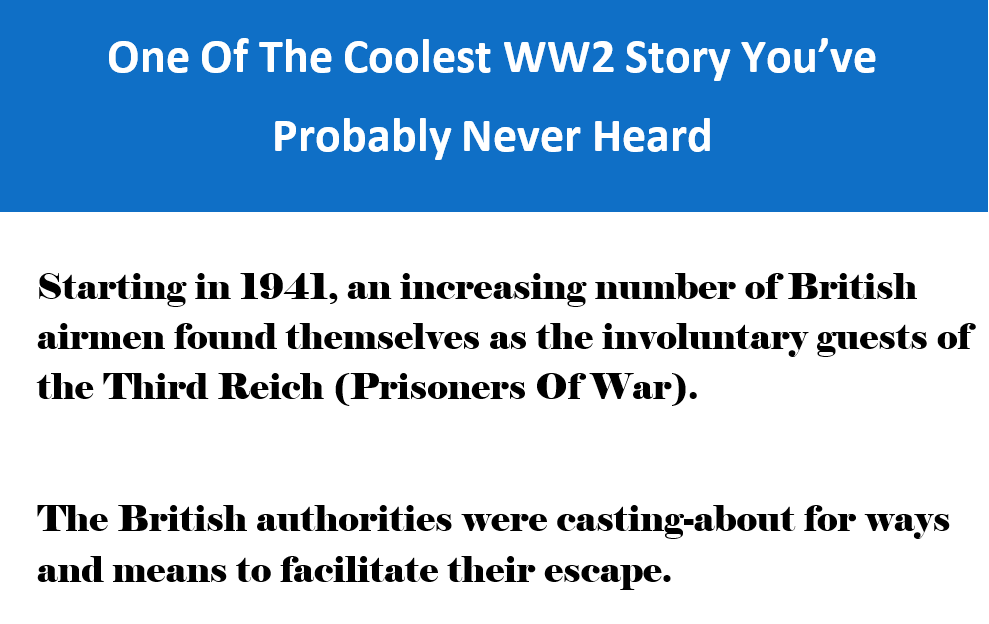 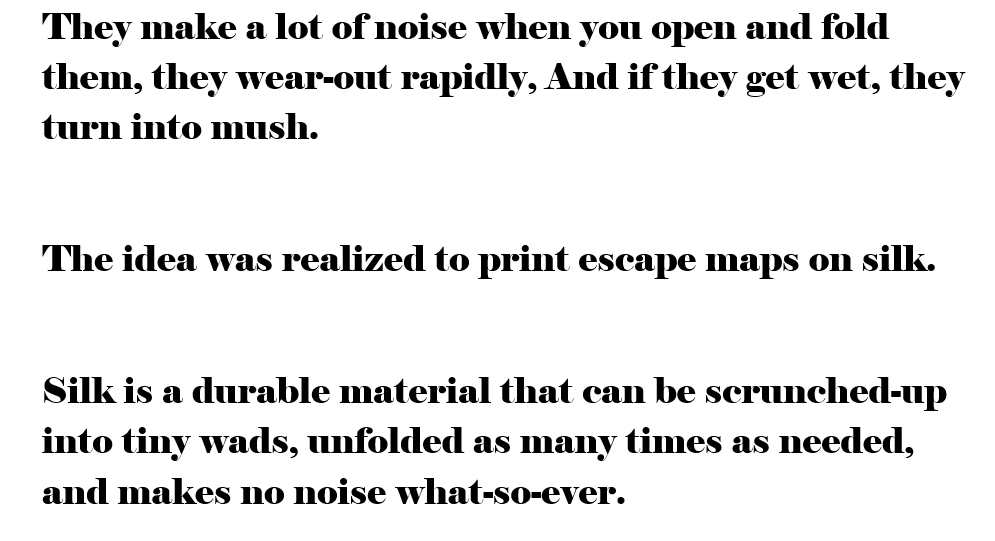 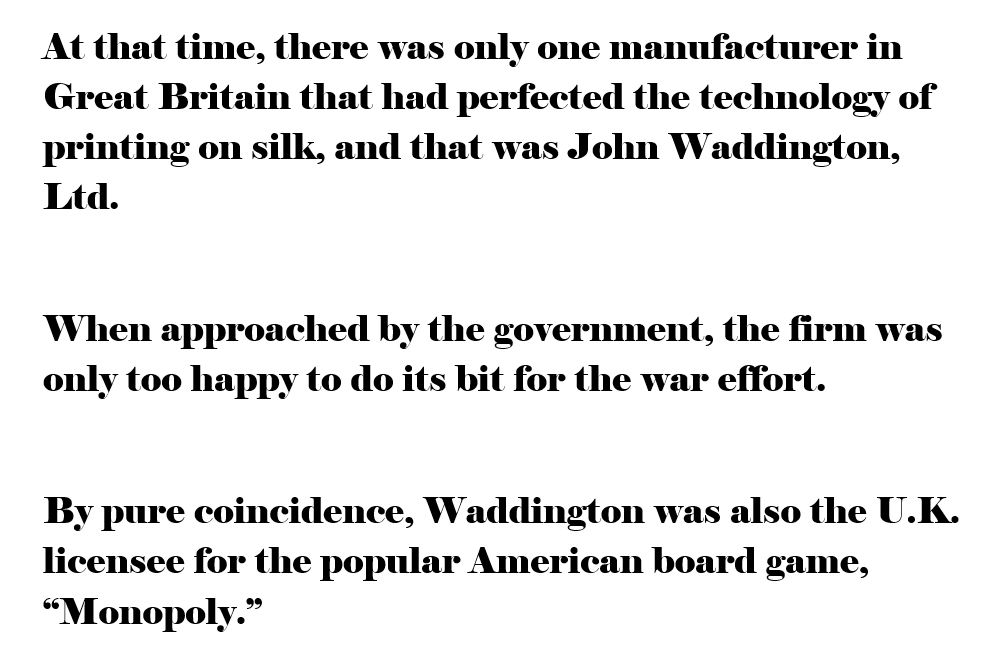 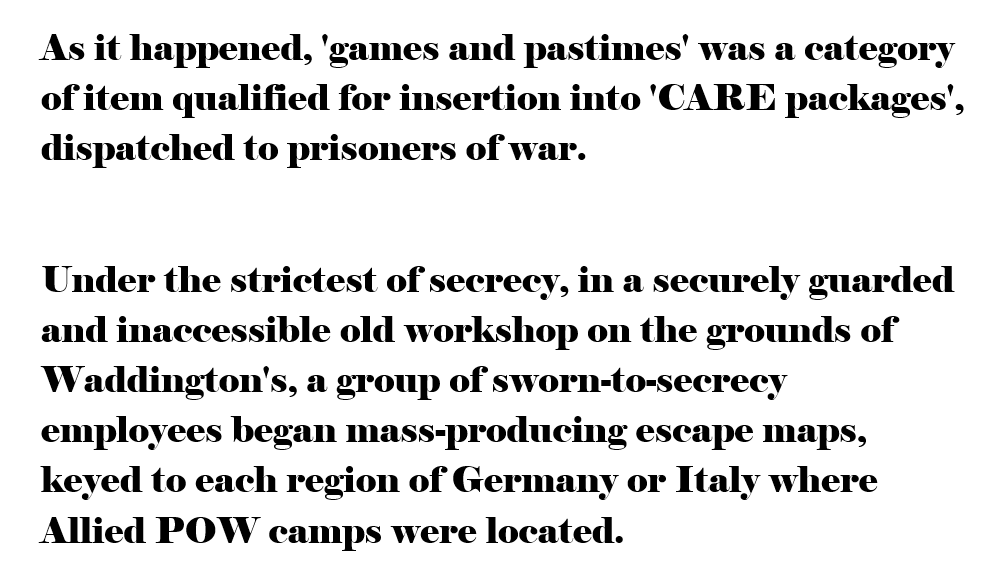 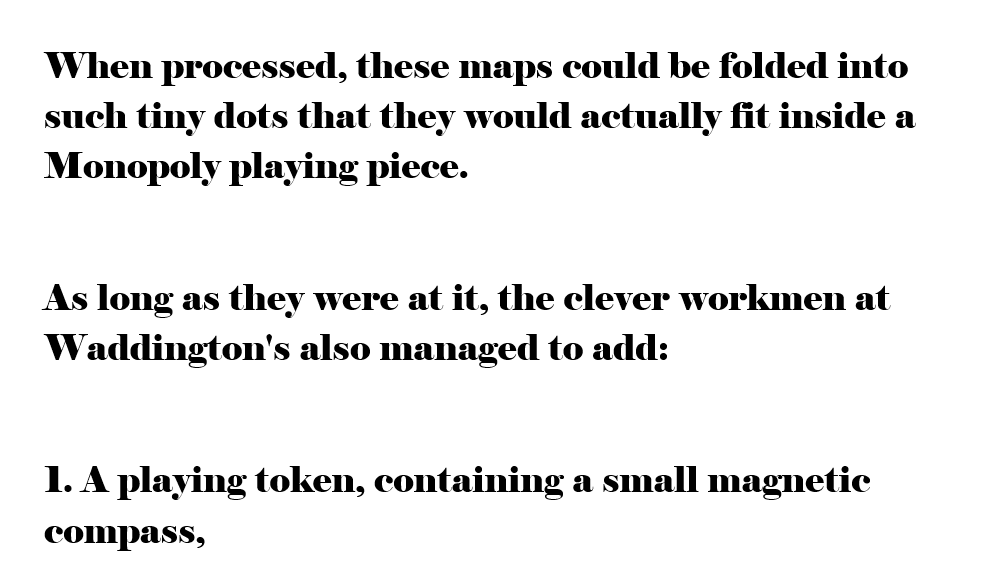 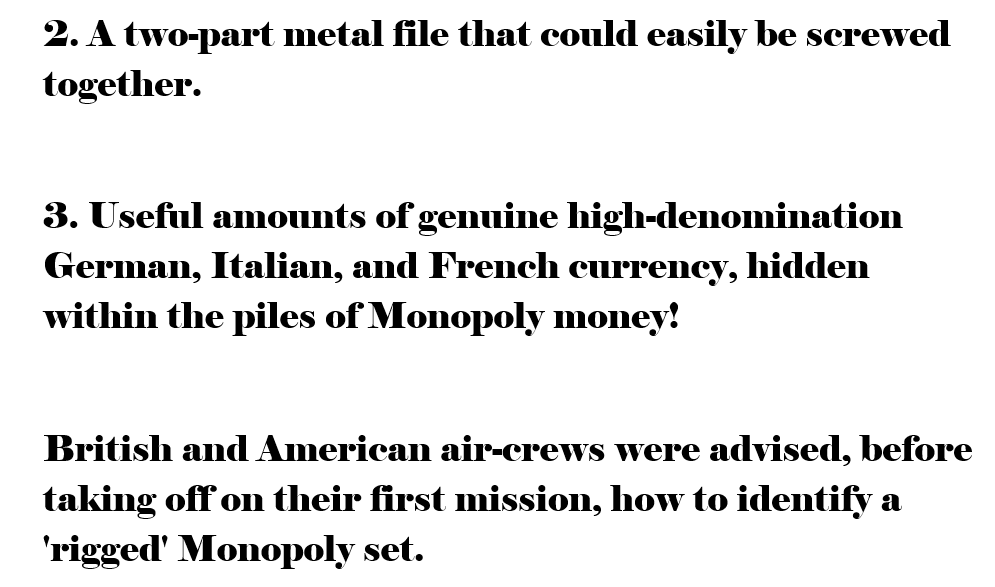 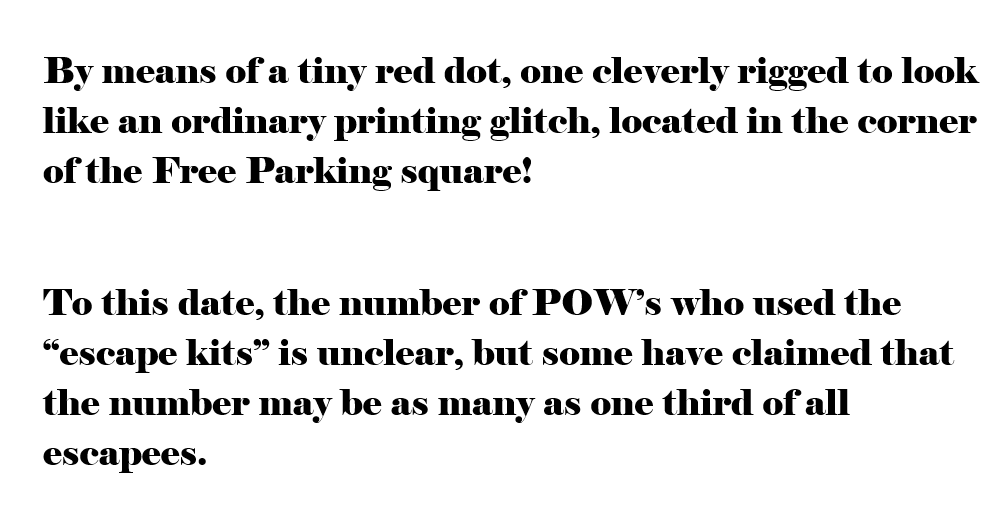 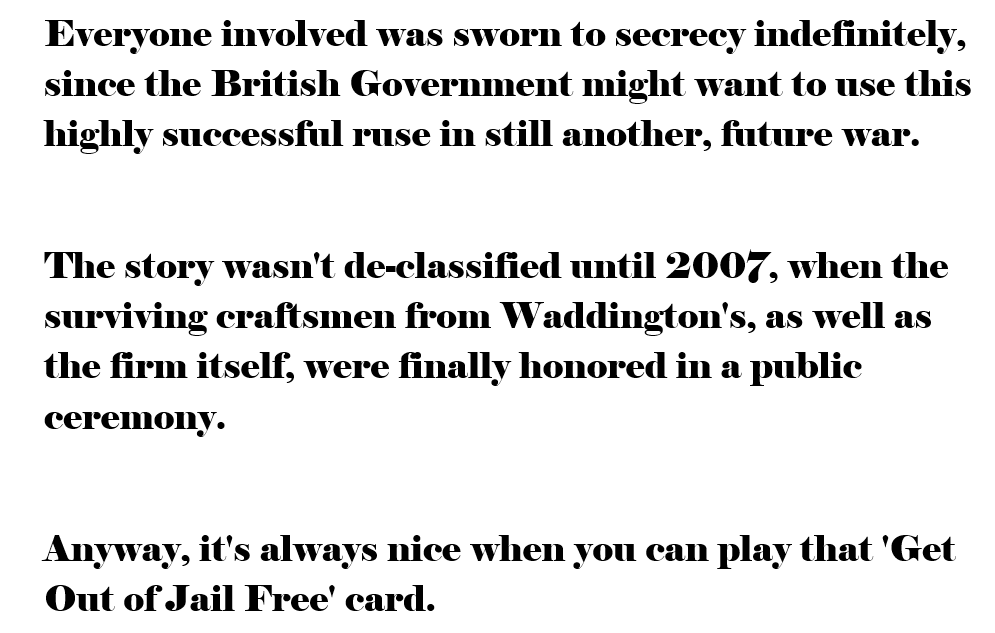 The above story has been determined to be true by the fact-checking website Snopes. The only thing that cannot be verified, which the above story mentions, is how many POW’s actually used the rigged Monopoly games.

WWII was a dark point in human history in which the world united to defeat an out-of-control, fascist, socialist political party that had plans of world domination.

While we are constantly reminded of the horrific number of casualties of the war, these stories about the ingenuity and brilliance of Allied forces are absolutely amazing.

Other stories about tactics that the good guys used to defeat the the Third Reich include throwing straw-men with parachutes out of planes as distractions, erecting a massive fleet of inflatable vehicles off the coast of England and sending a decoy general to the Mediterranean to lead the enemy into believing that the D-Day attack was going to be happening elsewhere.

World War Two was truly a point in history in which Good truly battled Evil.