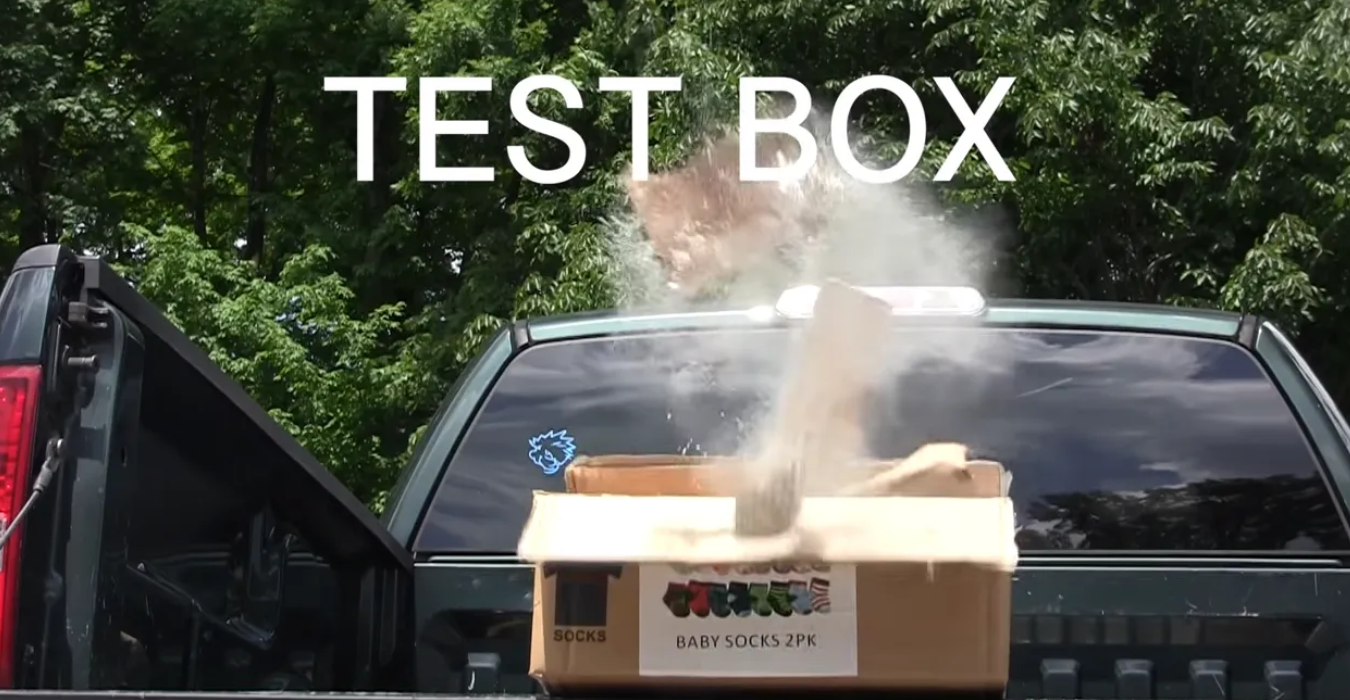 Package thieves get a nasty and stinky dose of karma after they try to steal a package from the doorstep of YouTube prankster and comedian Tom Mabe.

Mabe uploaded a video in which he explained a little bit of background that led to this particular prank,

“I live in a pretty nice subdivision, but between me and my neighbor, Bob, we’ve had no less than three or four UPS boxes- Fedex packages- stolen from our front porch.”

This is a problem that Americans across the country are having to deal with as opportunistic thieves are using the fact that average Americans are at work during the day to steal their delivered goods.

Some people invest in security cameras, some people rely on the authorities to catch the crooks and some people, like Tom Mabe, get revenge by playing a prank.

Mabe placed a “bait box,” filled with fecal matter (s**t), outside of his house that was designed to cause a mild explosion shortly after the package thieves tried to make their getaway.

Mabe provides video footage of the prank, and you can see a beige or silver colored car creep slowly past the house before it makes an off-camera u-turn and drives back.

The car comes to a stop in front of Mabe’s home, and the passenger of the vehicle gets out of the car, leaving the door open, and calmly walks up to the doorstep.

While all of this is going on, in a box insert in the upper left-hand corner of the screen, Mabe can be seen watching the package thief’s approach.

The thief, holding the bait box in his arm, then calmly and casually walks back to his car and he and his accomplice drive away.

Mabe expresses frustration that the explosion is not going to be caught on camera because the timer is set to a 40-second-delay, but fortune shines on them as a second camera picks up the thieves’ car and it stops just before it leaves the screen.

Seconds go by, and then the thieves go leaping out of their car. Apparently, the bait box had done its job.

The package thief can be seen, apparently coughing and possibly heaving his lunch up after a box of fecal matter exploded in his lap.

You can watch the prank in the video below:

To find out more about Tom Mabe, check out his site, HERE.