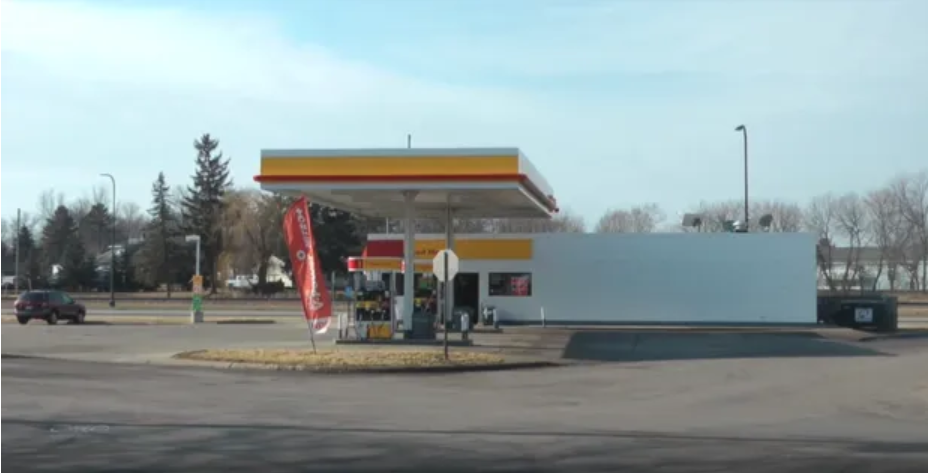 After being robbed for the second time in three months, Sauk Rapids convenience store owner, Frank Schwagel, had had enough of businesses like his being the targets of criminals looking to make a quick buck.

Taking a proactive approach, Schwagel posted a sign on the door of his establishment, advertising a ten cent discount for law enforcement officers, as well as citizens that can provide proof that they can legally carry a firearm.

“Have gun? Will discount,” reads the sign at the Minnesota gas station. 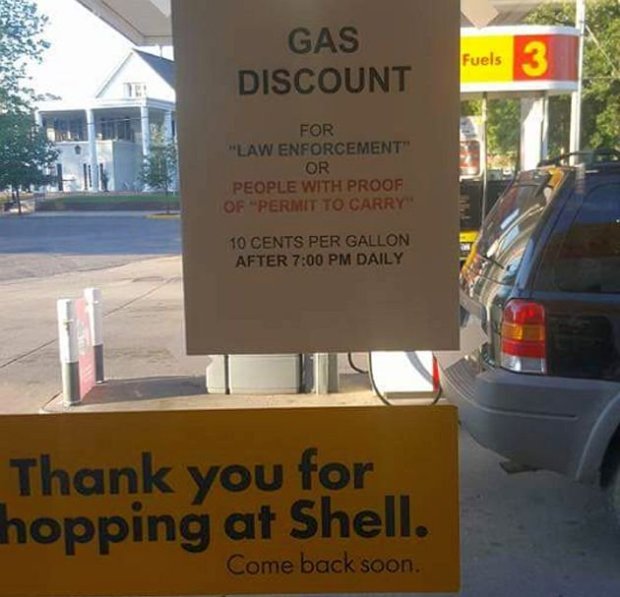 Schwagel is hoping to increase his customer base, while at the same time increasing the chances that some of those customers might be carrying firearms.

“Just trying to bring it to people’s attention that there’s been some robberies going on around town. And, these guys are coming in with guns and knives and threatening our employees. It’s pretty disconcerting. I just figured anything I can do to draw attention to the problem.”

After threatening the clerk, the two individuals made off with an undisclosed amount, but the two are believed to have been connected with multiple robberies in the area.

Hopefully, this little sign will be enough to cause the criminals, who are terrorizing the community, to not commit a crime out of the fear that somebody carrying a firearm might be nearby to stop them.

Fox News checked back up on the gas station, a month after the sign was first posted. Owner Frank Schwagel said that the policy change was turning out to be a success.

“We have a lot more people coming in at night versus what we used to have. It’s been a good thing so far.”

The move has been hailed as ingenious considering potential robbers are less likely to target the gas station knowing that, at any moment, a customer with a concealed carry permit or a police officer may be the next one to pull up to the business.

In addition to theoretical risks associated with robbing gas stations, criminals are also faced with actual situations in which their lives are put in danger.

In an unrelated story, out of Cleveland, a robber picked the wrong gas station to rob when he found himself with a gun pointed at his back.

Apparently, a second employee was at the store at the time that he was robbing the clerk, and the second employee came out of the back room with a gun aimed at the back of the robber’s head.

While the life of crime might seem appealing to the young and the impressionable, who absorb copious amounts of rap and action films that glamorize it, in real life, criminals will, more often than not, eventually find themselves, at best, locked up in a prison cell, or, at worst, being buried in a wooden box.