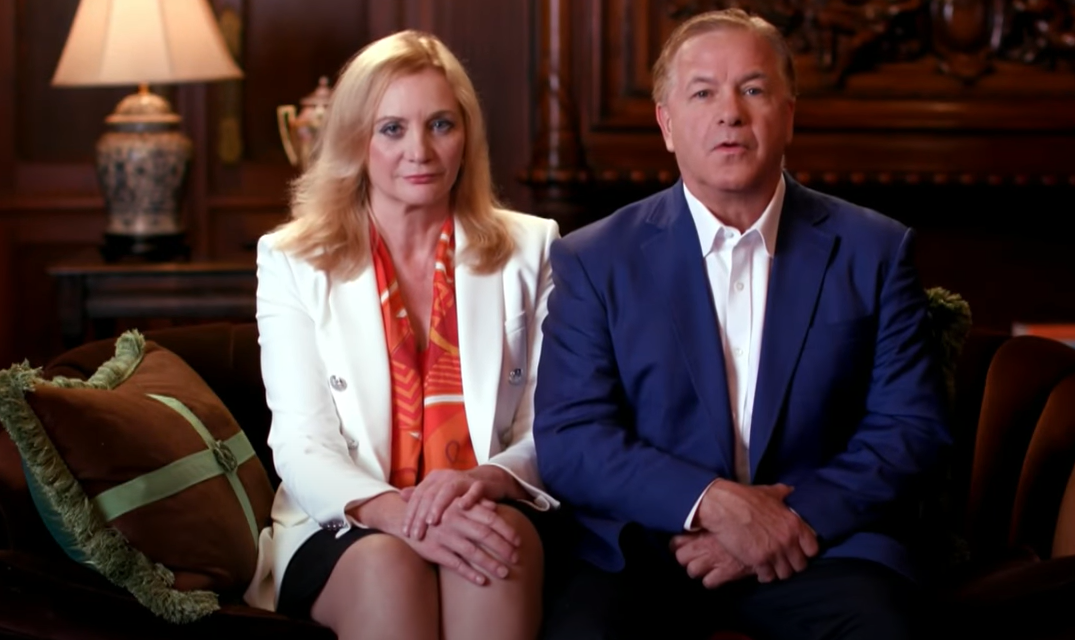 Mark and Patricia McCloskey are speaking out against the violent and radicalized mobs that the mainstream Democrat Party and their allies in the Media have been encouraging.

If you are unfamiliar with their story, the McCLoskeys are the St. Louis couple who had a mob of angry protesters knock down the gate protecting their property, stormed past a “do not trespass” sign, and issue threats of violence against the couple and threats to steal the couple’s property.

The mob was protesting the death of George Floyd, a man that none in the gathered group likely new and a man who was killed more than five hundred miles away from where they were currently “demonstrating.”

In response, and the key word there is response, the couple met the mob with guns drawn, demanding that the “mostly peaceful” protesters, who had already destroyed a gate to get at them, back off.

The mob was held at bay by the threat of lethal force and, thankfully, the McCloskeys were not forced to use that lethal force in self defense.

After the event, the couple had their firearms confiscated by the State and charges were leveled, not at the protesters who had been breaking the law, but at the couple who were defending their personal property and potentially their lives.

During an appearance at the Republican National Convention, Mark McCloskey laid the blame on the Democrats who encouraged the riots, the Democrats who let the criminals go without punishment, and the Democrats who tried punishing the law-abiding citizens who were merely using their God-given Second Amendment Right to protect themselves and their property.

“Not a single person from the out of control mob you saw outside our house was charged with a crime but you know who was? We were,” Mr. McCloskey said. “The Democrats have brought us nothing but destruction.”

Indeed, since the election of Donald Trump in 2016, there have been a countless number of Democrats over social media, on news networks, on comedy shows, and even in the halls of Congress who have called for violence, riots, and harm to befall the duly elected president of the United States.

America likely hasn’t seen a Democrat Party this unhinged since they refused to accept the election of Abraham Lincoln and seceded to form their own slave State.

You can watch the McCloskeys speak below:

For those who have not seen it yet, here is a compilation of the Democrats calling for violent riots and destruction on the streets: