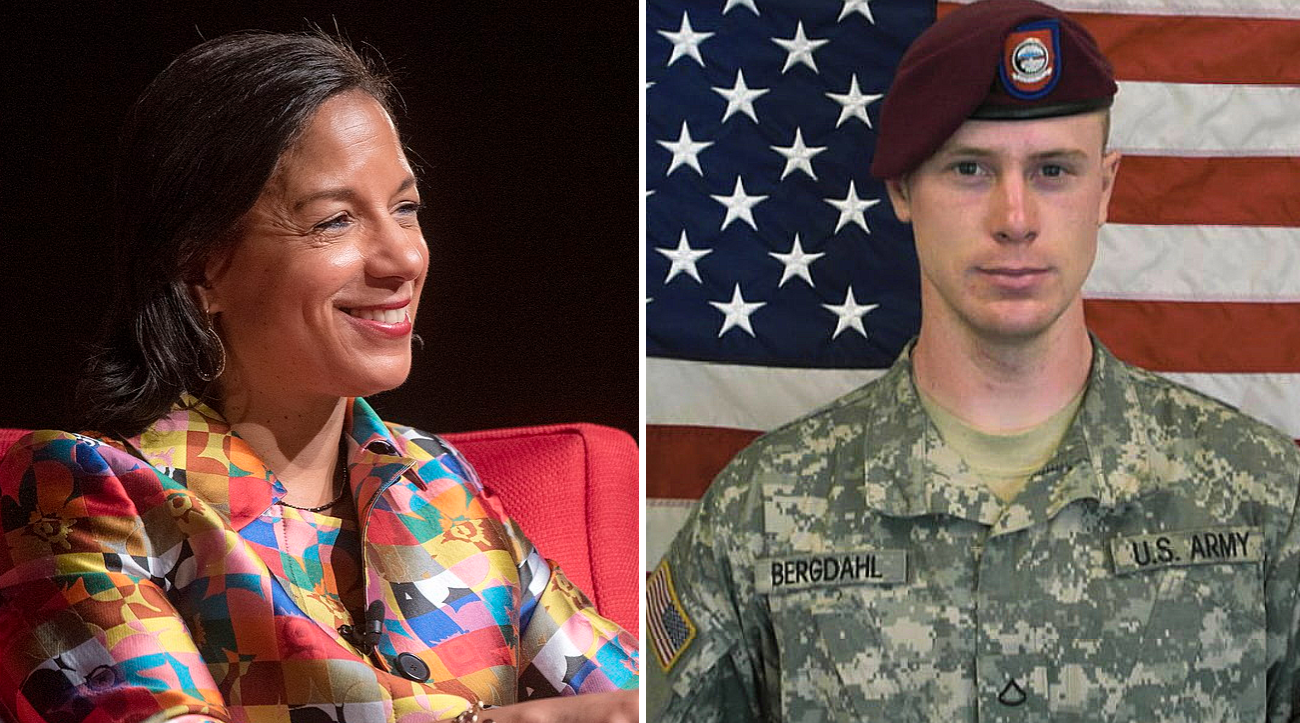 Bergdahl infamously walked off his Army post in Afghanistan in June 2009 and was then captured and held hostage by a Taliban-aligned group for nearly five years. Former President Barack Obama’s administration secured Bergdahl’s release on May 31, 2014 as part of a prisoner swap for five members of the Taliban.

Rice defended Bergdahl’s record in a June 1, 2014 ABC News interview, after she was asked if Bergdahl should be punished for deserting. “He is going to be safely reunited with his family. He served the United States with honor and distinction,” Rice answered.

“And we’ll have the opportunity eventually to learn what has transpired in the past years, but what’s most important now is his health and well being, that he have the opportunity to recover in peace and security and be reunited with his family. Which is why this is such a joyous day,” she continued.

Bergdahl pleaded guilty to charges of desertion and misbehavior before the enemy in October 2017. A military judge sentenced Bergdahl to a dishonorable discharge, but no prison time, in November 2017.