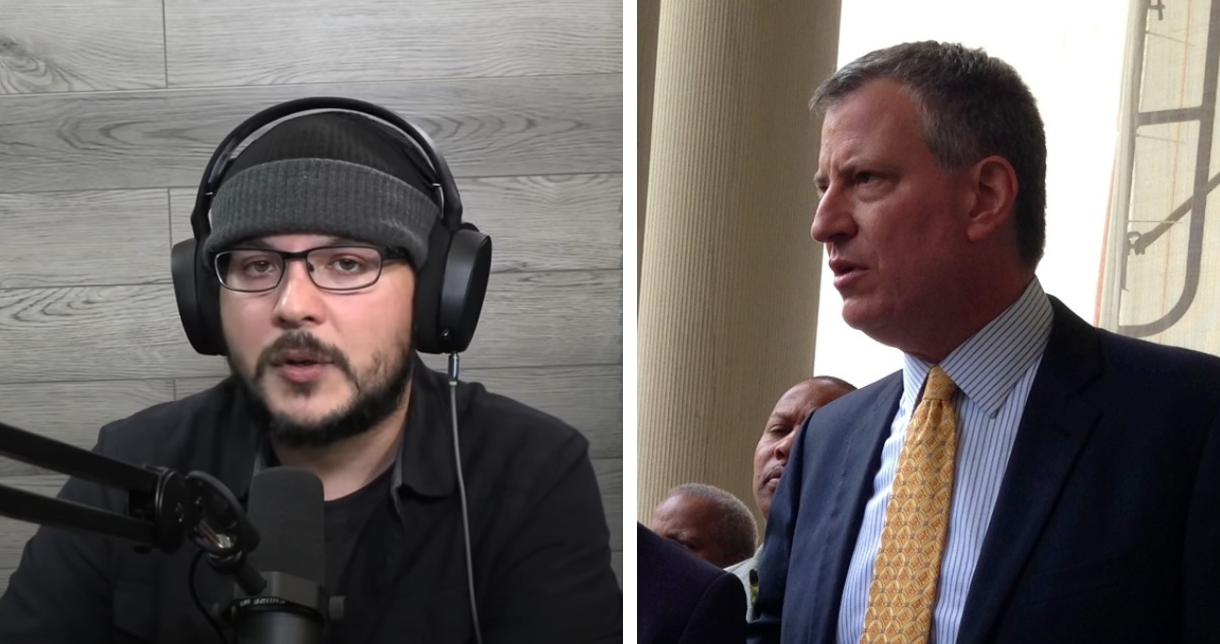 It’s hard to look at the downward spiral that New York City is on and come to any other conclusion other than that the Democrats are doing this on purpose.

Consider what Mayor Bill de Blasio’s administration has done in just the last few months. When the COVID-19 outbreak was in its early stages, we knew that the most vulnerable to the disease were the elderly and persons with underlying medical conditions. Yet NYC adopted a policy of placing confirmed cases in the old folks home. Then there was the tax-payer money that was used to paint the political message of a group that is run by self-identified “trained Marxists.” And who could forget the homeless people who are being placed in luxury hotels, at the taxpayer expense, while convicted child molesters are allegedly being relocated to areas near playgrounds. What a mess!

The big question is, “WHY?”

YouTuber Tim Pool has a theory.

“Bill Deblasio has a radical agenda. He’s burning this city to the ground on purpose so he can buy up the buildings so he can put poor people in them.”

It sounds very far-fetched, at first, but is it really any more unbelievable than anything else that is going on? Take a listen to his theory below:

If you are unfamiliar with Tim Pool, he’s a journalist who self-identifies as a moderate who leans to the Left.

Despite him throwing his support behind ideological radicals such as socialist Bernie Sanders in the past, it almost seems as though, over time, he has been drifting more and more to the Right.

His political positions put aside, Pool spends much of his time examining the big news stories of the day.