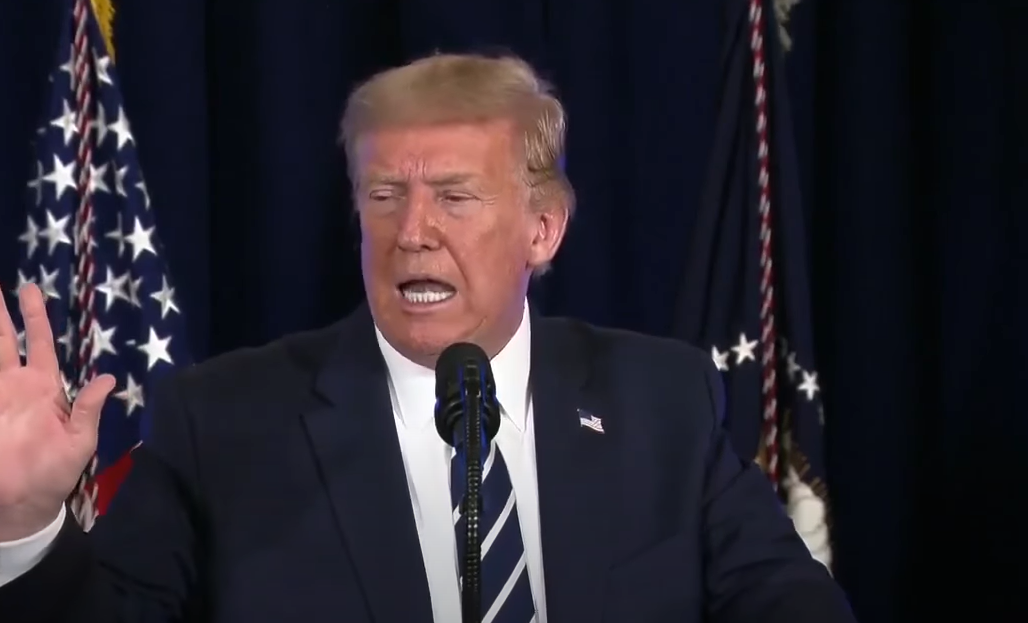 President Trump threw the Mainstream Media’s logic back in their face and it was glorious.

One of the most challenging things about most stories over the last four years is getting past the blatant media bias in order to determine what’s true and what is not.

Take COVID-19, for example. When the pandemic started spreading throughout the United States, we were told that businesses needed to shut down for 15 days in order to flatten out the curve. This was in April. The concern was over available resources in the hospitals and we had to ensure that they weren’t overwhelmed by the first wave of patients.

A month later, business-owners started peacefully protesting the lockdown and demanded to open back up in order to provide for their famlies. They did not loot, riot, or burn down communities. The media depicted these protests as “armed protesters” who were seeking haircuts and that they were murdering grandma because they were gathering in groups during a pandemic.

At the end of May, just a couple weeks later, George Floyd was killed in Minneapolis. The event triggered massive riots across the country that resulted in destroyed businesses, deaths, and widespread destruction. These protesters were described as peaceful protesters and they were not widely condemned in the mainstream media over the risk of COVID-19 spreading among their ranks because Social Justice is way more important than any pandemic.

In June, Donald Trump held a rally in Tulsa, Oklahoma. The media reported this rally as irresponsible and that he was only going to be spreading the virus and making things worse. Once again, Trump was killing grandma.

See the pattern here? COVID-19 seems to only effect groups of Republicans and business owners. It doesn’t appear to hit the “peaceful protesters” who are marching beneath Communist banners and symbols.

During a press conference in which Trump was asked why masks were not in place, he turned the media’s logic back at them and responded that the gathering was a “peaceful protest.”

You can watch the exchange below: