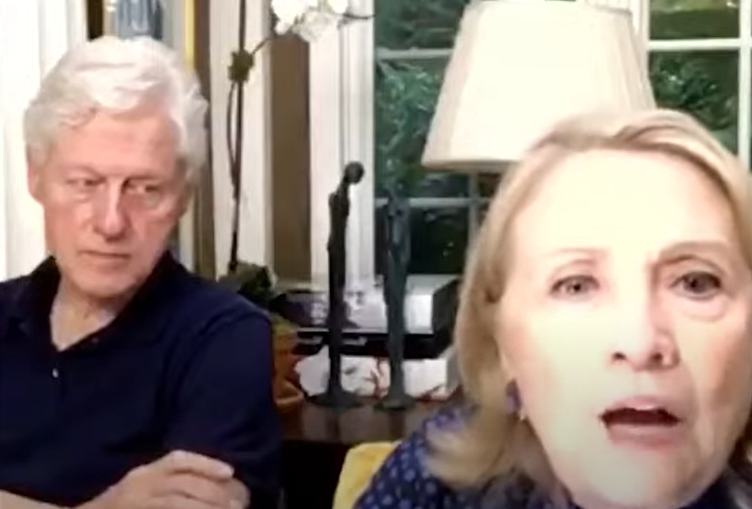 This time, in a video that was uploaded to the Internet, Hillary goes on a full-blown rant about the Russians and their collusion with the Republicans. Never mind the fact that a multi-year independent investigation with no budgetary limits found zero evidence of any collusion.

Never mind that the Russian collusion narrative was reportedly hatched by the Clinton Campaign as a means of explaining their defeat, according to two authors who followed the campaign around.

Forget all of that. What’s really interesting in this video is why Bill Clinton looks like he is shooting daggers at the back of Hillary’s head while she’s ranting.

Check it Pat Gray’s take on it below: