A tailgating motorist recieves a massive dose of roadside karma, but social media can not seem to decide which of the two motorists involved was more in the wrong.

According to 9 News, the accident happened in Chute, Wisconsin, and the action was captured by another driver’s dash-cam.

The vantage point is from the right hand lane, and after about ten seconds into the video, we see a car passing by in the left lane. 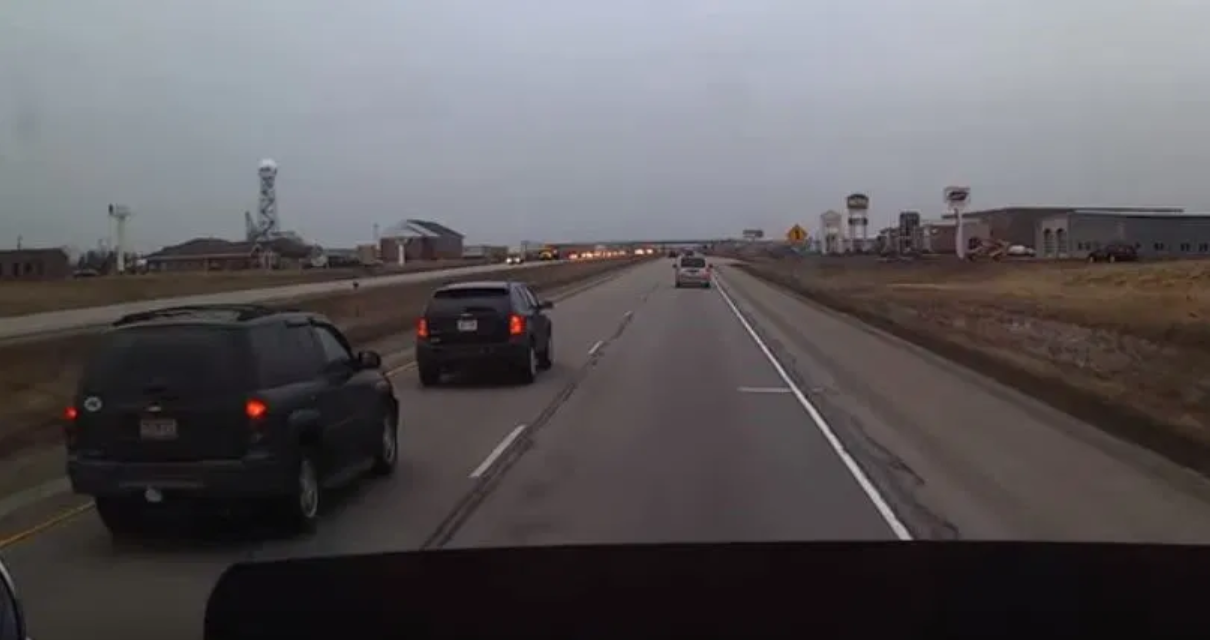 Behind this car, is a black SUV, closing the distance between the two vehicles to the point that it appears that there is less than one car length between them. 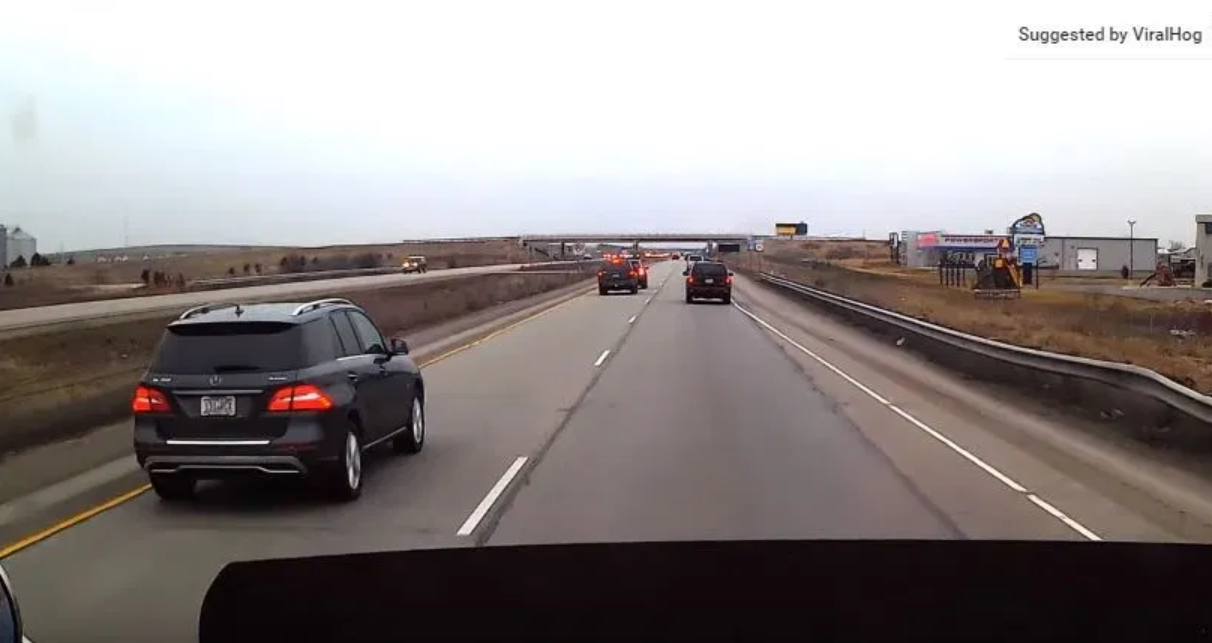 It’s at this point, that the car in front’s brake lights turn on, and the tailgater swerves to avoid a collision. 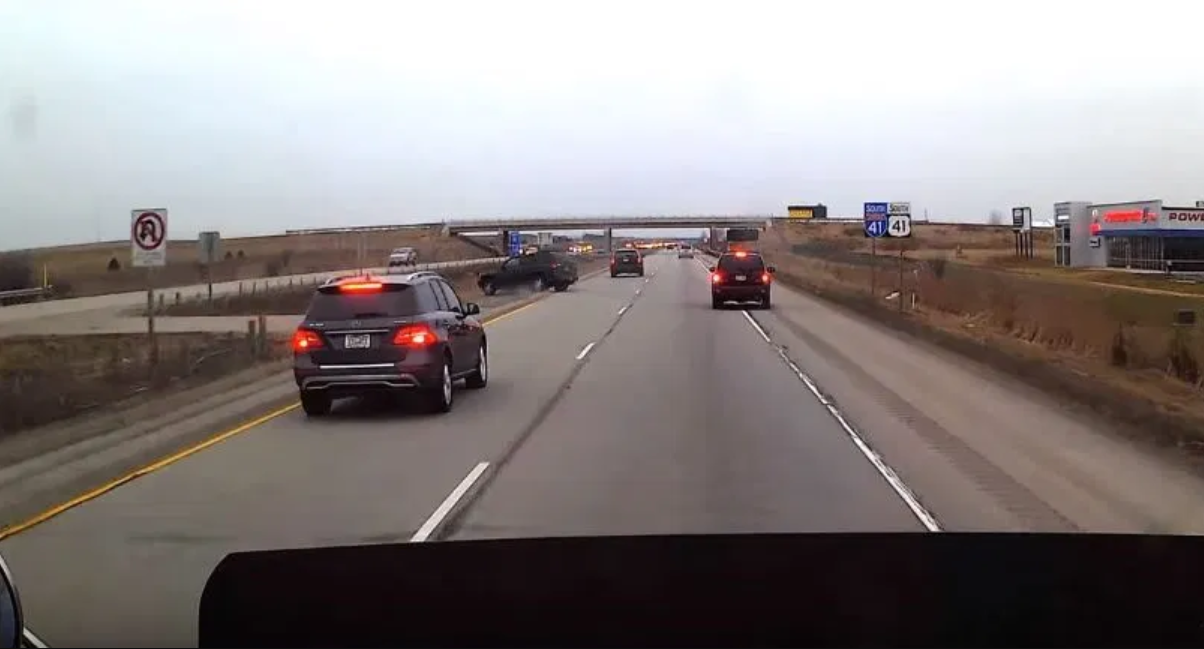 Instead of recovering, however, and perhaps due to the speed at which the cars were traveling, the SUV loses control, crossing into the right lane before finally flying back into the left, and then off the road completely where it comes to a stop after taking out a traffic sign. 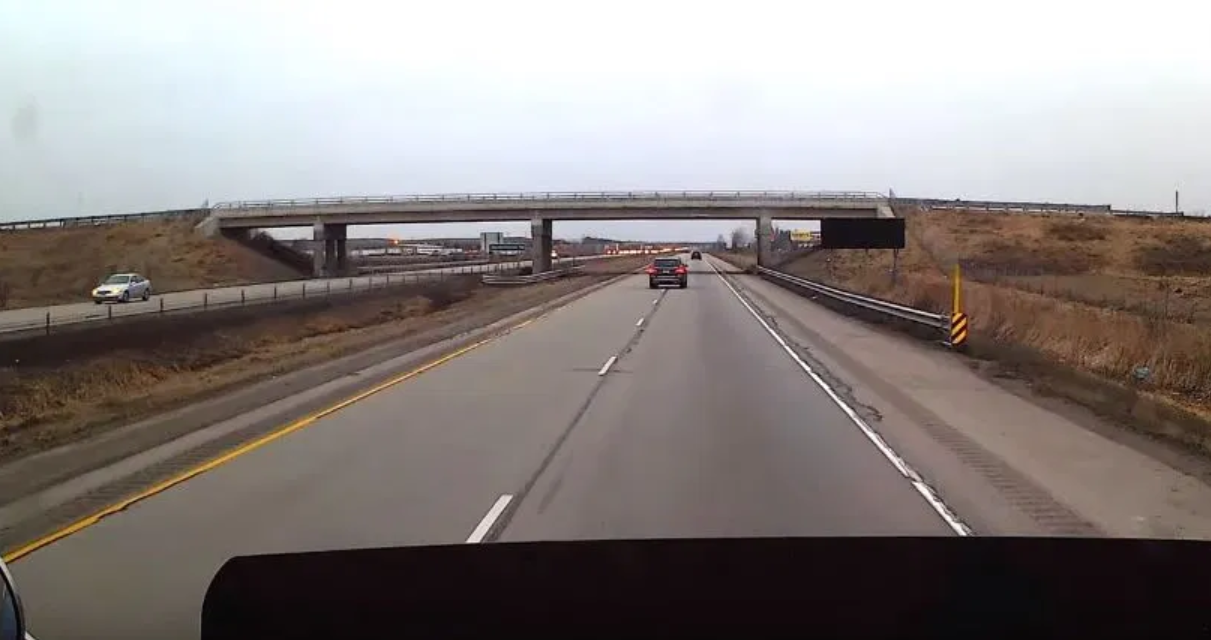 Rather than stopping to see if the tailgater is okay, the car that did the break check drives off into the distance without even slowing down.

The driver of the SUV was given a ticked for tailgating, and the identity of the break checking car has yet to be determined.

Social media has been having a heated discussion over the matter, with many of the arguments laced with obscenities and name-calling.

On the one hand, people are saying the tailgater got what he deserved. You shouldn’t be tailgating, and it’s only fitting that the person went off the road.

What would have happened if the person in front had to slam on their breaks because something was running across the road?

On the other hand, the pro-tailgater crowd is saying the front car should have merged into the right lane sooner, and that the person in front was being a jerk for blocking the SUV.

Viewers were countering with the fact that the front car had a clear view of the merging traffic from the on ramp, and that was why they were maintaining their position in the left lane.

One other glaring fact is that the front car did not stop to see if the driver and possible passengers in the SUV were hurt, and instead sped away.

What do you think? Did the tailgater get what he deserved for driving so aggressively, or was the front car more at fault for passive-aggressively hitting the brakes?