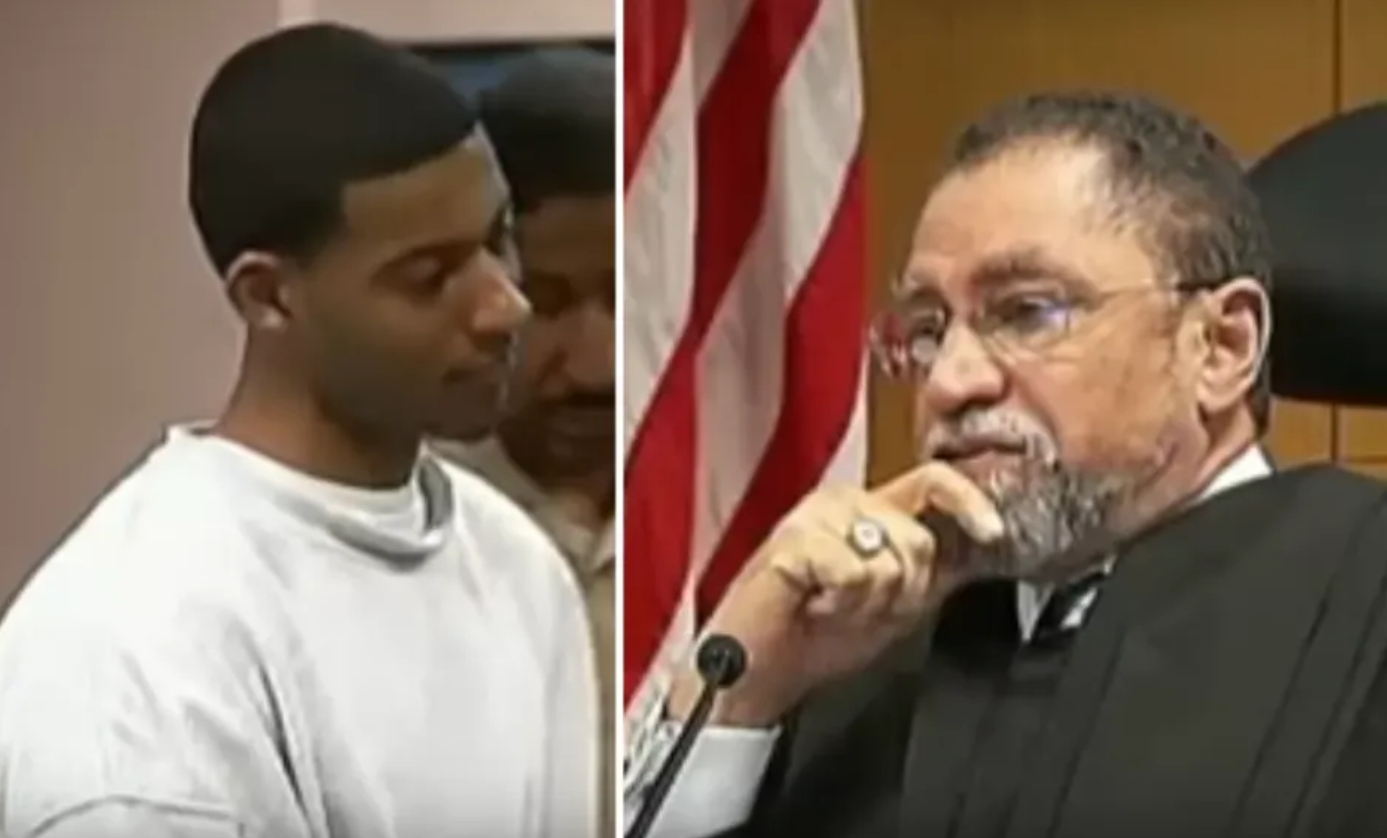 A Georgia man received the maximum of 7 consecutive life sentences, plus an additional 270 years, after showing no remorse for his actions and becoming flippant with the sentencing judge.

Prosecutors believe that Tyler Grogan showed up at the Aspen Point Apartments with the intent to purchase drugs.

However, what happened instead was that Grogan robbed two people at the apartment complex, and held the couple hostage for several hours.

During that time period, and during the subsequent stand-off with the police, Grogan repeatedly and violently raped the female hostage. He also reportedly opened fire on the police officers who were responding to the scene.

A SWAT team moved in on the apartment complex, and Grogan was apprehended.

After being convicted of almost 30 charges, and during his sentencing hearing, the Honorable Judge Alford Dempsey was in the process of saying a few words about what he thought of the convicted rapist.

However, Grogan was having none of it, and swayed his body as he said,

Judge Dempsey ordered the deputies to sit Grogan back down in his chair.

“Whether you want to hear it or not, Mr. Grogan, you are an animal.”

The judge sounded outraged as he ticked off Grogan’s violations of the law.

“You [are] shooting at police, you violated that woman, and you don’t want to hear it.”

As Grogan was trying to speak at the same time that Judge Dempsey was speaking, repeating that he was not going to listen to the was being said, the judge said,

“Well you are going to hear it, and I don’t give a rat’s behind whether you like it or not.”

In response to the disrespectful actions of Grogan, during the sentencing hearing, Judge Dempsey came up with a different sentence from the one that he was planning on handing down.

“Given the defendant’s actions, I have a different sentence.”

The Atlanta judge gave the convicted rapist 7 life sentences as well as an additional 270 years in prison.

The defendant’s lawyer tried to intervene, at that point, arguing that Grogen’s behavior was simply a reaction to the the youth having recently lost his mother, and dealing with his innder-demons, but the judge was unmoved.

Outside of the courtroom, Grogen’s family members became hostile, shouting at and cursing the judge, the police, and even the reporters who were simply there to record the events.

One CNN reporter had the angry mob of Grogen supporters follow him out onto the streets.

You can watch the news report of the sentencing hearing below.