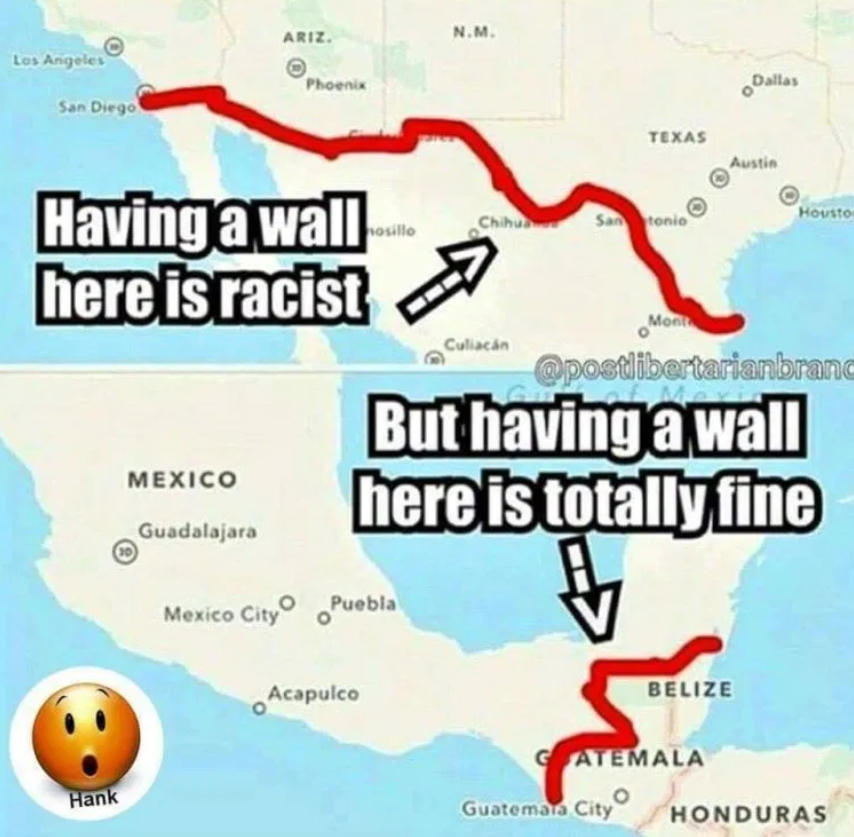 While Mexican officials are railing against Donald Trump for having the audacity to suggest that he would be building a wall along the border of Mexico and America, it would be interesting to note how the Mexican nation views their southern border.

The Mexican southern border divides the country from the nation to their south, Guatemala.

Along the border, are sections of fences that Mexico constructed to secure the border, and to prevent Guatemalans from crossing into Mexico illegally.

Mexico has cracked down on illegal immigration in other ways that would have Liberals’ heads spinning if such measures were tried in America.

From the Washington Times:

“Under the Mexican law, illegal immigration is a felony, punishable by up to two years in prison. Immigrants who are deported and attempt to re-enter can be imprisoned for 10 years.

Visa violators can be sentenced to six-year terms. Mexicans who help illegal immigrants are considered criminals.”

In other words, Mexico treats illegal immigration as a crime, and enforces its laws. It does not grant amnesty to millions of people who have thwarted the law, but instead incarcerates or deports them back to their home country. The Times continues:

“The law also says Mexico can deport foreigners who are deemed detrimental to ‘economic or national interests,’ violate Mexican law, are not ‘physically or mentally healthy’ or lack the ‘necessary funds for their sustenance’ and for their dependents.”

That means that unlike the United States, Mexico does not pay its immigrants, legal or otherwise, welfare to stay in the country. If they have crossed the border, they are expected to work to be productive members of society. This is different from the U.S, who, according to the Center for Immigration Studies, pays more money in welfare benefits to illegal immigrants than it does to its own citizens.

It seems slightly hypocritical for Mexican officials to accuse the United States of being racist and xenophobic for wanting to secure its borders, and crack down on illegal immigration, when Mexico is substantially harsher towards their illegal immigrants.